Turkey is a safe home for Refugee Children 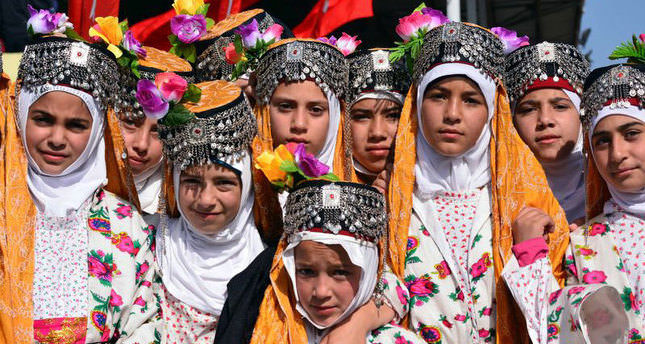 by AA
Apr 23, 2014 12:00 am
ISTANBUL — As Turkey celebrates a nationwide festival for its young people, an investigation by AA has revealed that thousands of refugee children living in the country are facing problems adjusting to life in their new home.

The number of refugee children in the country has reached an estimated half a million, consisting of young people fleeing war and persecution in Syria, Iraq, Afghanistan, Iran, Somalia and tens of other countries across the world.
The number of such children in Turkey has been continuously increasing since the start of the Syrian conflict in March 2011. From the very beginning of the war, Turkey with its historical, cultural and neighborhood ties operated an open-door policy, providing all types of humanitarian aid to Syrian citizens affected by the tragedy.
Turkey hosts more than 200,000 refugee children
A former spokesman for the United Nations High Commissioner for Refugees, Metin Corabatır, told that although Turkey has fulfilled its international obligations by offering protection to the refugees and supplying them with safe places as well as health and education services, other issues persist.
Just over half the children in these camps are aged between 0-18 years old according to the 2013 Field Survey Results from the government's Disaster and Emergency Management body, with Syrian children forming the overwhelming majority.
Survey results show that one-in-four children in the camps have a sleeping disorder. This figure falls among adults and children out of the camps.
Considering that a large percentage of Syrian refugee children who are not vaccinated against polio and measles live outside of the camps, there are concerns about the health of the wider population.
A quotation commonly ascribed to Atatürk is: "Children are a new beginning of tomorrow". As children gather in Turkey under a UNICEF-endorsed festival with 'Love, Friendship and Peace' as its motto, for many this safe haven is but a respite before the harder work of building a new life begins.
Last Update: Apr 23, 2014 12:14 pm