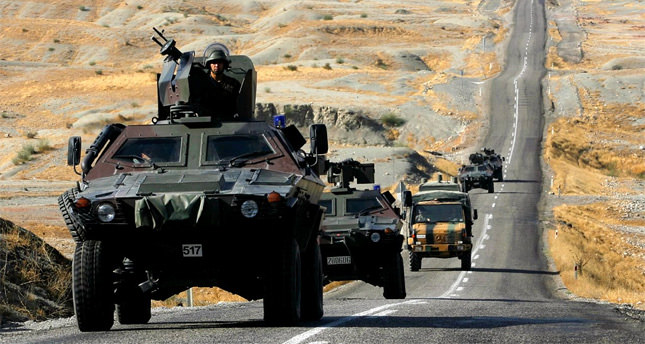 by daily sabah
Apr 23, 2014 12:00 am
ANKARA — Claims on Twitter that numerous armored vehicles form the Turkish Armed Forces entered Syria to protect their exclave of the Suleiman Shah Tomb stirred up controversy on the social media website.

Reporters asked the Prime Minister of Turkey whether there was any truth to the claims. Erdoğan confirmed soldiers entered Syria to supply and reinforce the troops guarding the Suleiman Shah Tomb was nothing out of the ordinary.
Last Update: Apr 23, 2014 6:18 pm