Ministry of Education faces spate of complaints over Gülenists 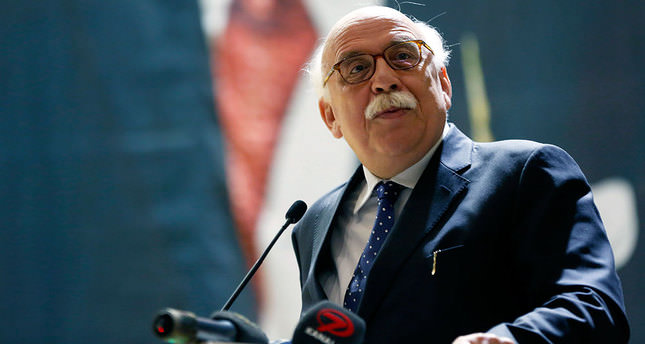 The Ministry of National Education has taken action to combat the dissemination of political propaganda at schools affiliated with the Gülen Movement as complaints from students and parents over a defamation campaign against the government increase. A student told Daily Sabah how teachers at Yamanlar Koleji, a private high school in western Turkey, stepped up their rhetoric against the government after the decision to shut down prep schools

Dissemination of political propaganda at Gülenist schools led the Ministry of Education to step up their efforts in the face of an outpouring of complaints from students and parents. Yamanlar Koleji, a private high school in the western city of Izmir linked to the Gülen Movement, is among schools where teachers attempted to incite students against the government by using political propaganda, according to one student.

The ministry dispatched inspectors to 68 schools operated by Gülenists in various provinces. A prep school, a dormitory and two private schools were closed down and 14 education personnel were subject to disciplinary action, while investigations are continuing into 55 people in 37 cities over the dissemination of political propaganda. Teachers and administrators at schools and dormitories closed down by the ministry are accused of spreading defaming propaganda against Prime Minister Recep Tayyip Erdoğan and the AK Party government. Gülenist teachers at an imam-hatip school in the western city of Isparta are also accused of collecting money on behalf of the movement.

Also, ministry officials denied reports in Gülenist-affiliated media outlets that students were "interrogated" and forced to testify against the Gülen Movement. The officials said students were merely interviewed in the company of counselors and stressed that despite thousands of complaints filed with the ministry, only those with "a criminal element" were investigated. Disseminating political propaganda at schools and other educational institutions is prohibited under Turkish law.

Y.K., a former student, said that teachers at Yamanlar Koleji regularly disseminated antigovernment propaganda. He said that teachers, particularly Gültekin "Bey", one of the teachers who taught religion at the school, were known for continually expressing their political views. "After the debate started over the closure of prep schools, they were telling us that Prime Minister Recep Tayyip Erdoğan was a good man, but his advisers were hostile against the movement," he said. He stated that Gültekin "Bey" was a high-ranking member of the movement in the Aegean region of Turkey where Izmir is located and was often traveling to the U.S., where the movement's leader, Fethullah Gülen, resides. "He used to tell us that the government was composed of 'bad' people. 'You will see what will happen to them,' he used to say. One day, he said Erdoğan will die in pain like [assassinated Prime Minister] Adnan Menderes. He claimed Menderes mistreated Said Nursi [a cleric who inspired the Gülen Movement] and Erdoğan would face a similar end after treating [Gülen] as such," the student said.

While attending the school, the student was staying at a dormitory operated by Gülenists. "They used to organize meetings. Though we were not forced to attend, everyone attended and I felt obliged to attend. Conversations at those meetings were only about religion, morals and other related subjects at first. But particularly after the debate over prep schools, they turned into a political propaganda against the government," he said.

"They even conducted an informal survey about the elections and asked students who they would support," the student said. "Teachers at the school told us long before the resignations of ministers and lawmakers that the AK Party would be divided."

The student stated that when students opposed teachers' political statements, they would get angry. "One of our classmates was the son of a politician from the AK Party. He stood against Gültekin "Bey" and asked him why the Gülen Movement opposed the government while other religious communities were endorsing it. He suddenly enraged and would almost slap him," he said.

A vice principal at Yamanlar declined to comment and the principal had not responded to repeated phone calls at the time Daily Sabah went to print.