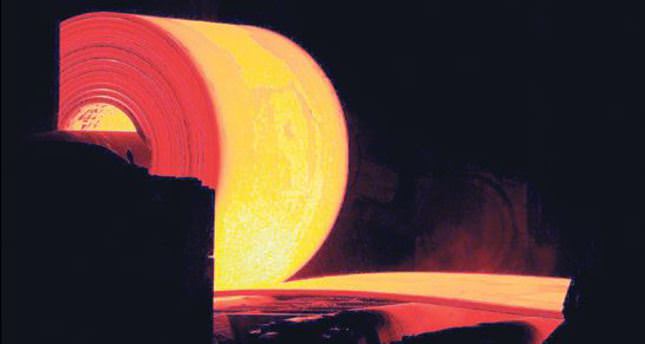 CEO of Erdemir Group Ali Pandır said the company targeted a raise in the export share, which is 10 percent of all sales, to 15 percent. He also said the company would make an annual investment of $300 million (TL 639.5 million) in the next five years.

Pandır emphasized Erdemir went through a successful first quarter in 2014 despite volatility in exchange rates and uncertainty in elections.

"We foresee a growth of 7 percent in 2014 in terms of tonnage. We will sell more than 8 million tons of products," Pandır noted. Pandır was asked if Erdemir would be able to handle the work volume from the The Trans-Anatolian gas pipeline (TANAP) project. "Sub-contractors are quoting within the context of TANAP. In the TANAP project, Erdemir seems to be the only producer that meets the requirements of pipe production in Turkey. However, we cannot accurately know the exact volume now," Pandır concluded.