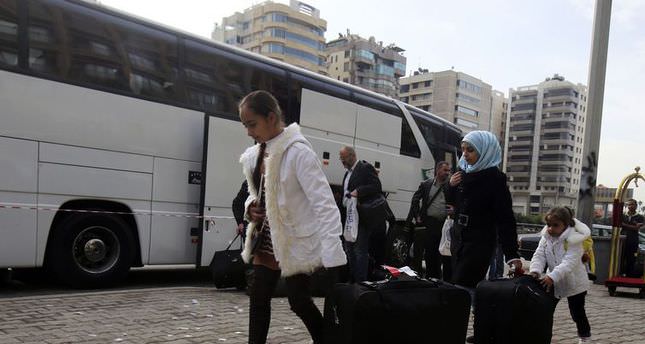 by Daily Sabah Apr 29, 2014 12:00 am
ISTANBUL — Operators of companies running private mass transit buses complain of an overload of elderly passengers after the government ordered free pass to passengers aged 65 and above. Private inner-city bus operators met Fevzi Apaydın, head of the Turkish Drivers' Federation (TŞOF), a trade association of bus companies, to convey their complaints.
Speaking after meeting with the operators, Apaydın said the regulation enabling free travel for senior citizens caused financial losses for bus operators, though it was necessary in a social state. Apaydın stated that the practice inflicted major financial loss on bus operators "helping the economy and serving the public." "Disabled citizens, families of terror victims and other disadvantaged individuals already benefit from free passes and adding to this people aged 65 and above means that about 10 million people will travel for free. Buses operated by municipalities are already subsidized by the state but private operators now suffer from an additional burden. They spend majority of their earnings on gasoline, taxes, spare parts and other expenses, and with this additional burden, they face bankruptcy," Apaydın said.
He called for restrictions on free passes for senior citizens, such as limits to number of rides a day or allocating certain hours for the free pass. Apaydın also claimed free passes were abused by holders. "Under regulations on bus services, it is prohibited to use free passes for touristic travel. We found out that some people use the free pass up to 12 times a day.
Those people use it for sightseeing, to spend leisure time. The buses became some sort of a mobile nursing home," he stated.
On other downsides of the free pass, Apaydın said it caused congestion in buses, particularly during rush hour and forced commuters to drive. "This leads to traffic jams and air pollution," he claimed. He said that private bus operators are subsidized by the state in other countries where free passes are available and called on the government to cover their losses "in line with existing laws to protect small businesses."