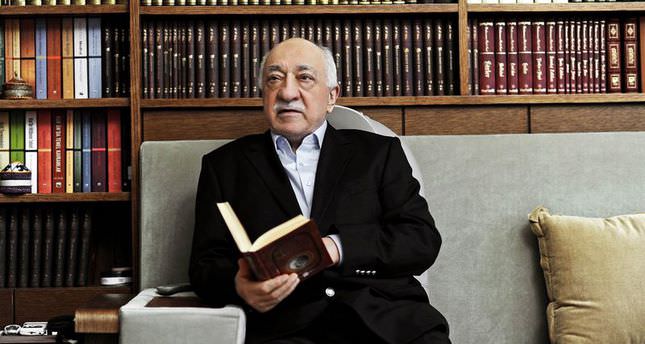 by Nazif Karaman Apr 30, 2014 12:00 am
TURKEY — Prosecutors and judges affiliated with the controversial Gülen Movement are trying to extort money from businessmen in exchange for favorable court decisions, according to statements made by the son of a businessman in Bursa.

A son of a businessman in the Turkish city of Bursa recently spoke with the media about a plan by prosecutors and judges affiliated with the Gülen Movement to extort money from defendants in court cases. Sabri Yedikardeş, 76, was diagnosed with Alzheimer's disease and the control of his wealth, including dozens of real estate properties and a large amount of cash in bank accounts, was transferred to his wife. Feridun Ç., a tenant in one of Yedikardeş's buildings, paid a visit to the family after the funds had been transferred and claimed Sabri Yedikardeş owed him about TL 6 million. He presented official documents to back up his claim. Yedikardeş's children told the tenant they were not aware of any debt. Feridun Ç. told them that their father was involved in a usury case in Istanbul in 2008 and helped him negotiate with two judges and a prosecutor handling the case.

Muhsin Yedikardeş, one of the sons, recorded their conversation with Feridun Ç. who told them those judges and prosecutor were "followers of the Gülen Movement." Moreover, they demanded TL 6 million in exchange for helping Sabri Yedikardeş to force an acquittal.

Muhsin Yedikardeş said his family was shocked when they saw the documents. "Feridun Ç. told us that our father was spared from spending more on the case thanks to the judges and prosecutors.

He said 6 million was 'a commission for judges' services. He told us that those people from the movement also received commissions from other cases such as a lawsuit on an unpaid bank loan in Ankara,"Yedikardeş said.

He said that Feridun Ç. filed for sequestration for his father's properties and the Yedikardeş family filed a lawsuit against sequestration.

The Gülen Movement, led by controversial cleric Fethullah Gülen, is known for its influence in the judiciary and law enforcement, in which many of its followers work. Gülenists are also accused of collecting money from businesspeople under the name of "himmet" or fundraising reportedly for charity although they do not issue documents on how those funds are spent, according to businessmen who donated money to the Movement in the past.