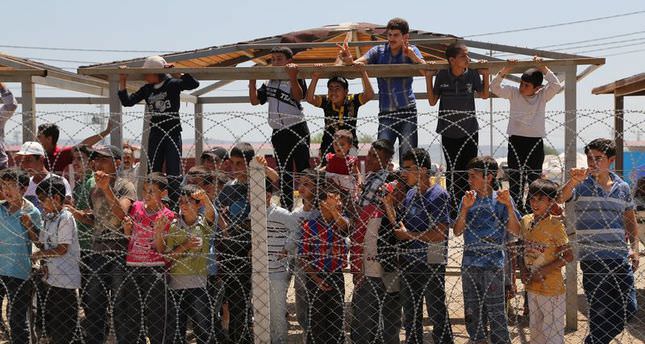 by AA
Apr 30, 2014 12:00 am
ANKARA — A total of 732 Syrians were detained in Turkey over the last four years, Turkish Justice Minister Bekir Bozdağ said yesterday.
Speaking in response to a parliamentary question from the Nationalist Movement Party's (MHP) Ankara Deputy Özcan Yeniçeri, the justice minister said, "The number of Syrians, who have been detained or convicted in Turkish prisons were 100 in 2010, 103 in 2011, 159 in 2012 and 370 since Dec. 4, 2013."