The true story behind May Day riots: Gallery and Video 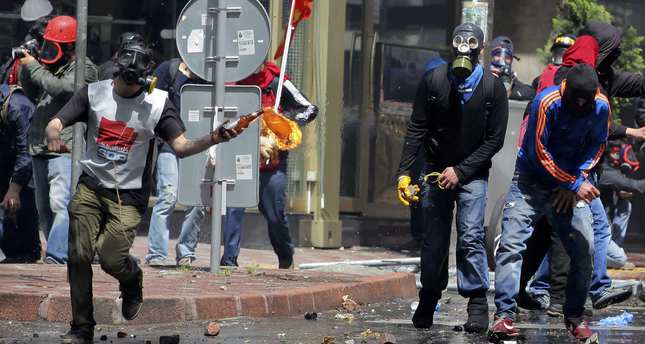 ISTANBUL — Members of several trade unions and other protesters – a mix of opposition party activists and some far-left groups – gathered in several locations in central Istanbul in the early hours of Thursday, intending to marching to Taksim square to mark the International Workers' Day on May 1.

Although the day started peacefully in Istanbul, tension and violence took place when some protesters started hurling stones, the police responded with tear gas and water cannon in the Beşiktaş, Şişli and Okmeydanı areas of the city.

Molotov cocktail bombs were thrown at police vehicles in Okmeydanı.

Other areas of the city center remained calm although traffic and public transport were disrupted by the protests and security operation.

Istanbul governorate had allocated two 'approved' sites in the city for this year's May 1 rallies, both are located several miles away from Taksim. However, the Yenikapı venue on the city's European side the site was mostly empty despite providing free buses to it.

Only two hundred members of two unions had been allowed to enter Taksim Square Thursday morning to lay a wreath commemorating the deaths of 36 people during a May 1 demonstration in 1977. 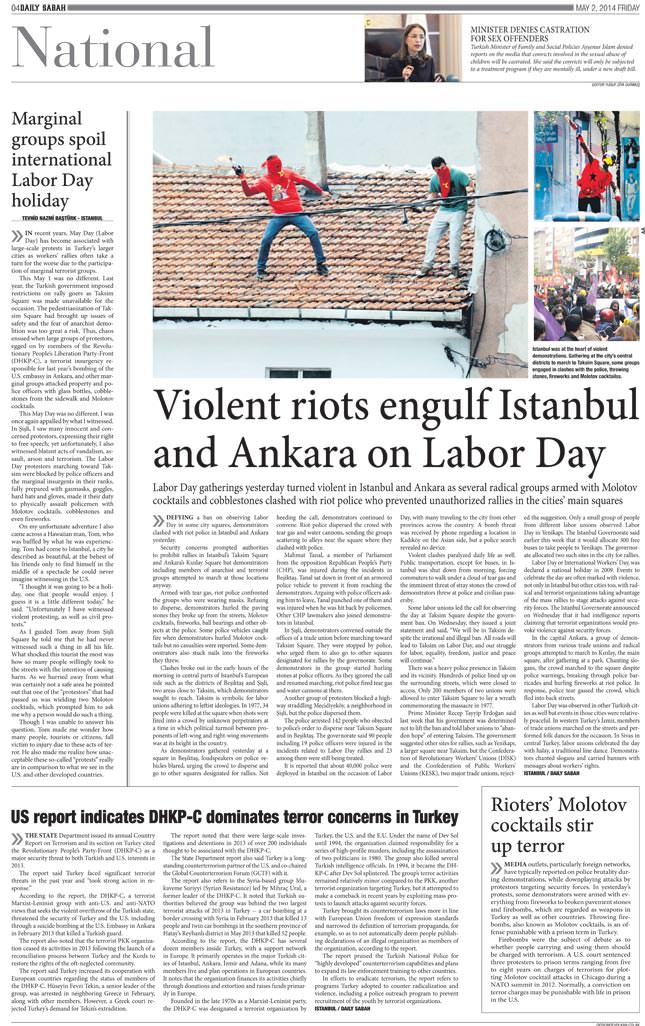