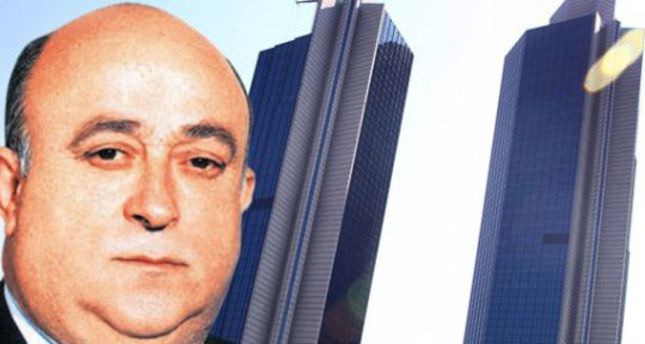 by Daily Sabah May 03, 2014 12:00 am
ISTANBUL — A Greek court rejected the extradition to Turkey of a member of the terrorist organization the Revolutionary People's Liberation Party-Front (DHKP-C).

İsmail Akkol (41) was arrested in February in Greece along with other DHKP-C members Hüseyin Fevzi Tekin, Murat Korkut and Bilgehan Karpat. He is wanted by Turkey for involvement in the assassination of prominent businessman Özdemir Sabancı. When captured, Akkol was hiding in a penthouse in Athens and had a fake identification under the name Cengiz Bayır.

The verdict did not elaborate on the reason for the refusal of the extradition, while a group of DHKP-C supporters engaged in a minor scuffle with police at the courthouse where the hearing was underway. Two people were consequently detained.

Greek courts previously rejected extradition requests by Turkey for Hüseyin Fevzi Tekin, a senior leader of the terrorist organization, member Kadir Kaya, as well as Hasan Biber and Mehmet Yayla, two DHKP-C members who were captured aboard a boat loaded with weapons off the coast of the Greek island of Chios on July 30, 2013. In the case of Tekin, the court ruled for awaiting the finalization of his political asylum appeal before deciding on the extradition. Turkey and Greece have an extradition agreement and both countries are obliged to return suspects involved in criminal cases in those two countries.

Akkol, along with two other DHKP-C members, is accused of assassinating Sabancı, a member of one of the richest families in Turkey. Sabancı, his secretary Nilgün Hasefe and Haluk Görgün, general manager of Sabancı Corporation's Toyotasa Company, were killed during a meeting at the company's headquarters in Istanbul. Fehriye Erdal, a DHKPC member who was working at the company under the guise of a cleaner, was arrested for her involvement in the murders.

She fled to Belgium and then disappeared. Mustafa Duyar, another suspect, was captured in Turkey and killed in prison.

Greece has long been a favorite hideaway for terrorists from the DHKP-C and PKK. In the past, terrorists fleeing Turkey took shelter at refugee camps in Lavrion under the guise of asylum seekers, especially in the 1980s.

Along with attacks against Turkish security forces, the DHKP-C is responsible for a suicide bombing at the U.S. Embassy in the capital Ankara, which killed a Turkish security guard and injured a journalist in February 2013