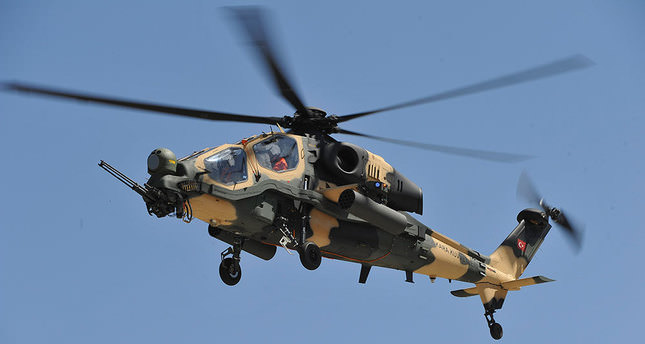 by AA May 03, 2014 12:00 am
DIYARBAKIR, Turkey — A Turkish army helicopter came under terrorist fire on Tuesday in the southeastern province of Diyarbakır, security officials said.

Officials said no one was hurt and the helicopter landed safely at a local gendarmerie command.

Security officers say they have launched an operation to capture the terrorists.