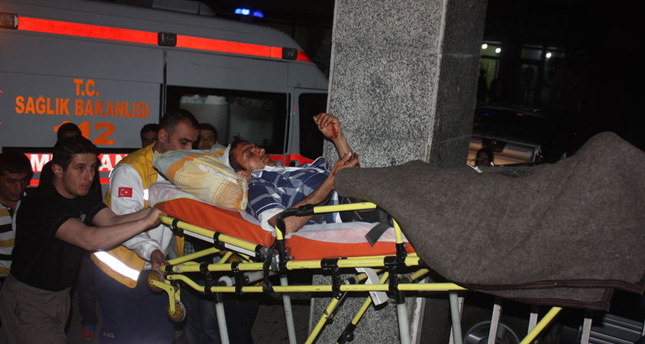 by AA May 04, 2014 12:00 am
HAKKARI — Six people were injured on Saturday night in a clash near the Turkish-Iraqi border between Turkish security forces and a group who were returning to Turkey after illegally entering into Iraq.

The clash in Turkey's southeasternmost province of Hakkari erupted for an unknown reason after security forces identified four people as a group who had illegally crossed the Iraqi border. Six people including a soldier were hurt in the clash which also involved intervening locals.

The injured soldier was taken to a military hospital in Hakkari, whereas two others were taken to a public hospital in the town of Semdinli, an Anadolu Agency correspondent said.

It was reported that extensive security measures were taken after the incident.