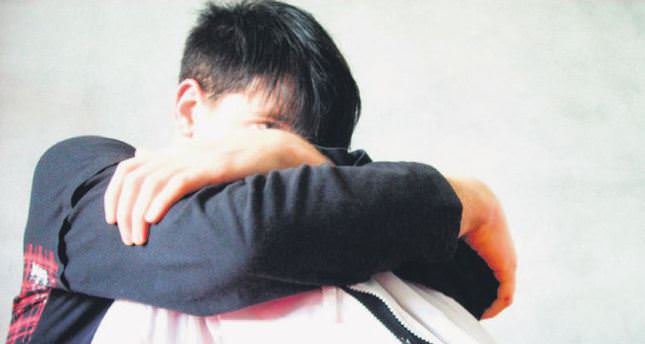 Turkish lawmakers have prepared a draft bill that will impose harsh sentences for perpetrators of child sex abuse, including life in solitary confinement

ANKARA — The new draft bill, which is expected to be passed by Parliament this month, includes tough sentences for child sex offenders, such as life in solitary confinement.

Prime Minister Recep Tayyip Erdoğan recently called for imposing life sentences in solitary confinement for those convicted of child sex abuse. The lawmakers drafted the new bill, including amendments to relevant articles in the penal code. Through amendments not only sexual abuse but also psychological and economic abuse will be subject to sentencing.

The draft bill will also introduce medical therapy for convicts suffering from pedophilia. More amendments are expected to be included in the draft bill by the government.

Convictions in crimes penalized with life sentences will be upgraded to life in solitary confinement. The current solitary confinement sentence for rape cases ending in the victim's death will be applied for perpetrators in the rape of minors as well.

Suspects convicted on terrorism charges need to have completed at least three quarters of their sentence before being eligible for a pardon. Convicts involved in child sex abuse cases will also be included in this category.

Such criminals will be forbidden to work in jobs involving children after their release. Families, schools and residents in neighborhoods where they stay after release will be informed about child sex offenders. The new draft bill brings three years in prison for suspects involved in petty sexual harassment cases, while more serious crimes, such as rape, will result in sentences of up to 20 years, eight years more than current sentences for those crimes.

The bill also defines incest for the first time in law. Sentences in the sexual abuse of children by their next of kin will be doubled over those not related to the victim. The bill would also abolish the practice of requiring an obligatory mental health report for victims, which has been used by the defense to commute sentences if mental health of the victim was found not affected by the crime.

Ayşenur İslam, Minister of Family and Social Policies, said the cabinet would discuss the bill this week, adding: "Through this bill, we will take deterrent measures, but we have to do more. For instance, we expect absolute cooperation from the media. We should expose the perpetrator, not the victim.The media should not encourage those crimes by detailing murder or sexual abuse so as not to incite sick minds that do not think about committing such crimes before committing them.

İslam said she was the unfair subject of media reports over her remarks in which she told families to teach their children how to scream in case of a kidnapping attempt. "We have more efforts to fight against abuse than this, and I have already talked about them," she said.

The minister said they did not consider castration for convicts involved in sex crimes, adding that crimes decreased as long as laws are strong enough to be deterrents. "We will make amendments to laws so that people will be relieved that (suspects) will not get away with those crimes," she stated. İslam said it was dangerous to leave children unattended on the street or to not be aware of children's online activities. "We need to know what our children are doing. I said that you should teach your children how to scream because most families bring up their children so as not to be too noisy," she stated.

The minister stated that in addition to the planned measures, they would organize meetings with students to raise awareness of suspicious people.

She also said that Turkey has to think about how child sex offenders prevail in society. "Our ministry will hold talks with psychiatrists and sociology experts on this issue," she stated.

The issue of crimes targeting children made headlines in Turkey particularly after two cases emerged in the southern province of Adana and the eastern province of Kars. In Kars, a nine-year-old boy was found dead after his rape earlier this month, and in Adana, a six-year-old girl was found slaughtered by a relative last week.

Following the murders, Parliament faced a deluge of complaints by citizens, calling for the reinstatement of the death sentence, which was abolished in 2004. Citing examples of the United States and China, citizens called for the death sentence, especially for child murderers and rapists. Minister of Health Mehmet Müezzinoğlu recently stated that the death sentence may be debated for such crimes, while Prime Minister Erdoğan said those crimes deserved the death sentence.

In the first four months of 2014, 13 children who went missing were found dead and four of them were murdered while others
died in accidents.