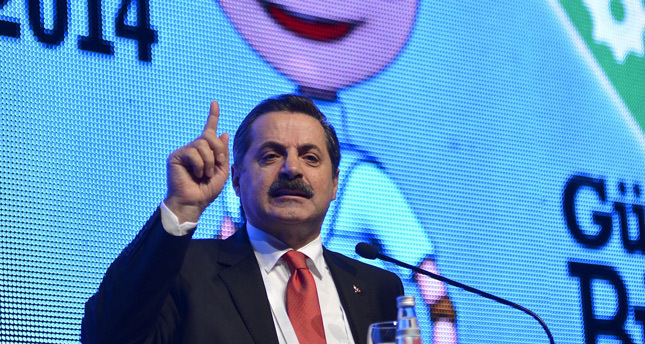 by AA May 06, 2014 12:00 am
ISTANBUL — Addressing an international event on workplace safety and health yesterday, Turkish Minister of Labor and Social Security Faruk Çelik denied there has been a rise in workplace accidents in the country as claimed by government critics.

Çelik said the number of workers in Turkey increased by 128 percent between 2002 and 2012 and the number of new workplaces rose by 111 percent in the same period, adding, that "despite these increases, the death rate per 100,000 workers dropped to six from 17. Some observers have claimed that Turkey has the third-highest number of occupational accidents in the World. This figure is baseless. Neither Eurostat nor the International Labor Organization confirmed this figure."