Government looks for insight into the mindset of child murderers 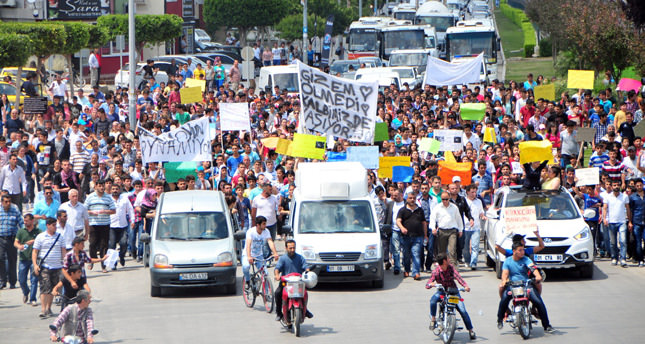 The Turkish Ministry of Family and Social Policies will launch talks with psychiatrists, sociologists and artists to discuss the motives of child murderers in light of a recent spate of killings that shook the country

ANKARA — The gruesome murders of children last month brought the disturbing phenomenon to the fore. In response, the Turkish Ministry of Family and Social Policies is planning a workshop with sociologists, psychiatrists, opinion leaders and artists to discuss the factors leading to the raft of child murderers.

The work aims to analyze the profile of the murderers and child sex offenders and provide solutions against the social decay that leads to those crimes.

The workshop is expected to be held later this month. Minister of Family and Social Policies Ayşenur İslam said the purpose of the meeting would be finding out how such criminals could be the product of society, the mindset of those criminals and the cause of such "catastrophes in a society where humanitarian and religious values are highly esteemed and the family institution is viewed as strong." İslam will chair the meeting. The participants will discuss a new roadmap or action plan to prevent further murders.

The issue of crimes targeting children made headlines in Turkey after two cases emerged in the southern province of Adana and the eastern province of Kars. In Kars, a nine-year-old boy was found dead after his rape earlier this month, and in Adana, a six-year-old girl was found slaughtered by a relative two weeks ago. In the Kars case, the suspect was reportedly motivated by his rape in the past. In the Adana murder, the suspect, a relative of the young victim, claimed he killed the young girl when her family refused to marry off the victim's elder sister to him.

Following the murders, Parliament faced a deluge of complaints by citizens calling for the reinstatement of the death sentence, which was abolished in 2004. Prime Minister Recep Tayyip Erdoğan himself stated these crimes deserved death sentences, while adding Turkey would not reinstate the death penalty as it abolished the penalty in line with harmonization with European Union standards.

Along with child murderers, the government is planning the implementation of a series of measures against sexual abuse targeting children. The government will introduce draft legislation targeting child sexual abuse, Deputy Prime Minister Bülent Arınç said on Monday. He said the laws would be changed so people who receive aggravated life imprisonment for crimes against children are given more prison time. "There will be new regulations over crimes against children. The conditional release time on people who received imprisonment for sexual abuse on children will be increased," he said.