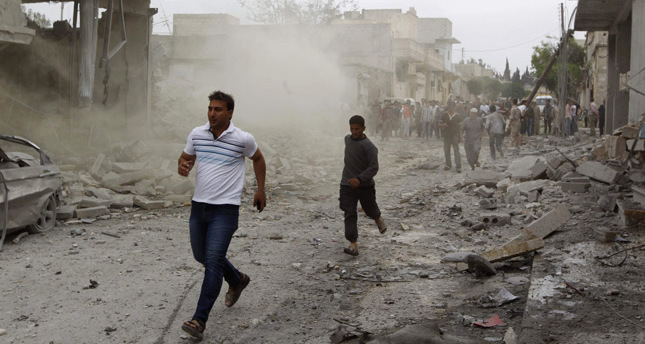 by AA May 07, 2014 12:00 am
ANKARA — During the last three years of the Syrian conflict a total of 74 Turkish citizens have been killed and 337 wounded on the Syrian Turkish border, the Turkish foreign minister said on Wednesday.

Speaking in the Turkish Parliament, Ahmet Davutoğlu said that the deaths were due to stray bullets from clashes on the other side of the border, terrorist incidents and illegal border crossings.

Davutoğlu said that the units of the Turkish army responsible for policing the border are well equipped with armoured vehicles, night and day vision devices, and thermal cameras to prevent the threats coming from Syrian side.

Davutoğlu stressed that Turkey will continue to defend its borders in accordance with international agreements.

Davutoğlu made the comments in response to a parliamentary question from the Republican People's Party (CHP) Deputy Chairman Sezgin Tanrıkulu.