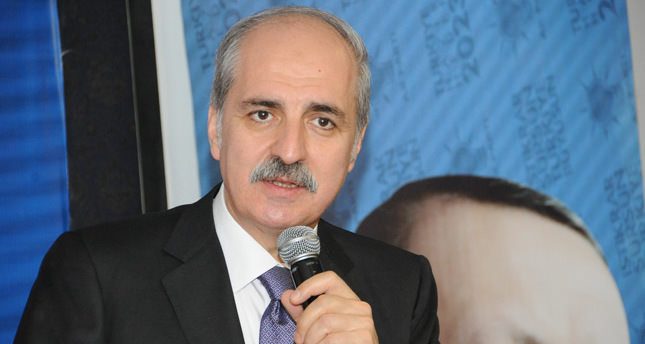 by AA May 07, 2014 12:00 am
ISTANBUL — Deputy Chairman Numan Kurtulmuş of Turkey's ruling AK Party was appointed on Wednesday to the Developing Eight (D-8) 'Wise Men' Committee of senior advisors.

The Wise Men Committee was formed on December 19, by a proposal of D-8 Secretary General Sayed Ali Mohammad Mousavi with support from Turkey's Foreign Minister Ahmet Davutoglu, according to a statement from the Istanbul-based organization.

Turkey appointed Professor Numan Kurtulmuş to the committee, which consists of diplomats, academics and politicians.

The committee will publish a report evaluating the organization's 17-year performance, achievements as well as identify future goals, which will be presented at a D-8 Foreign Ministers meeting in September.

Mousavi noted that the D-8 countries are among the 10 strongest economies in the Islamic world. Mousavi said member nations, with their industry and agriculture, are productive economies and have great natural resources.

"To be able to work more actively in coming years and to determine a vision for the future, the D-8 needed a 'Wise Men Committee'," he added.