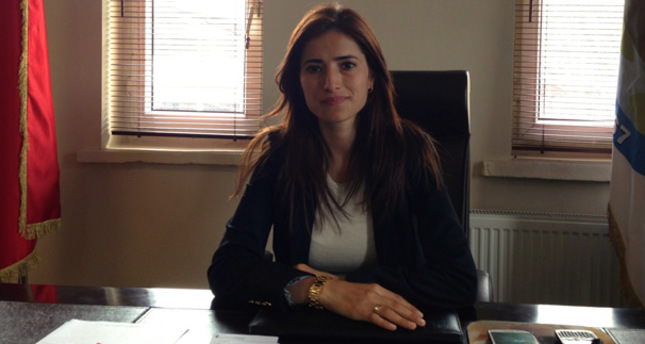 by AA May 07, 2014 12:00 am
DIYARBAKIR, Turkey — Turkey's youngest mayor, 25 year-old Rezan Zuğurli, mayor of a district in Turkey's southeastern Diyarbakir province has been convicted to four years two months in prison Wednesday on charges of "committing crime on behalf of a terrorist organization," a Diyarbakir court heard.

A member of the pro-Kurdish Peace and Democracy Party was elected mayor of the Lice district in March 30 local elections, two years after being released from a 13 month detention.

Zugurli, part of the pro-Kurdish Peace and Democracy Party, splits her post with her male running mate. A party rule mandates that all top positions must be shared by men and women in an effort to increase female political participation.

The Diyarbakir court, which handed down a previous five year jail sentence to Zugurli for "being a member to a terrorist organization," was abolished, following a law enacted in March which repealed 'special-authority' courts typically hearing terrorism cases.