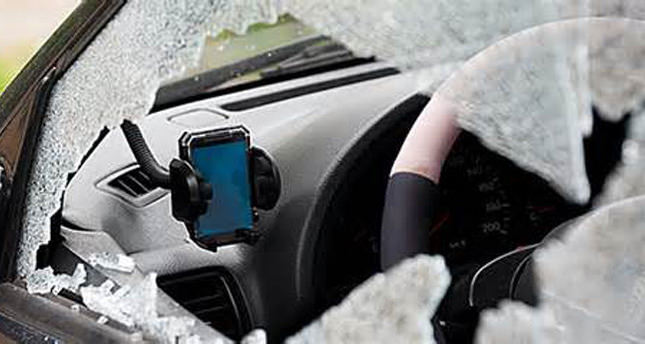 by May 08, 2014 12:00 am
ISTANBUL — The government is discussing a draft bill to increase sentences for people convicted of theft and drug peddling. Under the bill, sentences for all types of theft will be doubled, and repeat offenders will face heavier sentences. The bill also includes longer prison terms for drug peddlers, particularly convicts caught peddling drugs outside or near schools and those selling drugs to people under the age of 18.

The bill follows the public outcry over light sentences to offenders and Prime Minister Recep Tayyip Erdoğan's instruction to the Cabinet for a more detailed bill on those offenses.

The lowest limit for sentences on theft and related crimes will be raised to three years from two years under the new bill. The current lower sentences for theft lead to early releases for firsttime offenders, accomplices and others not directly involved in theft. Repeat offenders will be subject to heavier sentences, and thefts committed at night will be punished with a heavier penalty than at least one third of the sentence for daytime thefts.

Sentences for damage to public property that could hinder public services will also be doubled. The sentence for convicts exploiting defenseless victims, such as senior citizens for theft, for pickpockets and bag-snatchers, for suspects exploiting a chaotic environment during a disaster or social unrest, for lock picking as well as using computer systems for theft or posing as a public official such as a policeman for theft, will be sentenced to at least seven years in prison. The current lowest limit for such crimes is three years. The sentence for break-ins, which currently varies from six months to two years in prison, will be upgraded to one to four years in prison. Those sentences will not be postponed or commuted to fines.

The bill also brings heavier sentences for drug peddling, which in particular plagues the young population. Sentences for suspects peddling drugs to people under the age of 18, especially high school students, will be doubled in a move to eradicate this segment of the lucrative drug market cornering schools. Peddlers will not be able to get away by testifying they are merely users, and sentences for drug possession will be doubled. The crime of selling narcotics will be subject to prosecution with prison terms ranging from eight to 15 years. The lowest limit for a sentence for unauthorized cultivation of cannabis will also be raised to three years from one year.

According to statistics provided by the National Police Department, the earliest reported age of first drug use is as low as 12-years-old. The police have stepped up measures against illicit narcotics sales outside the schools by deploying plainclothes police officers in the vicinity of schools.