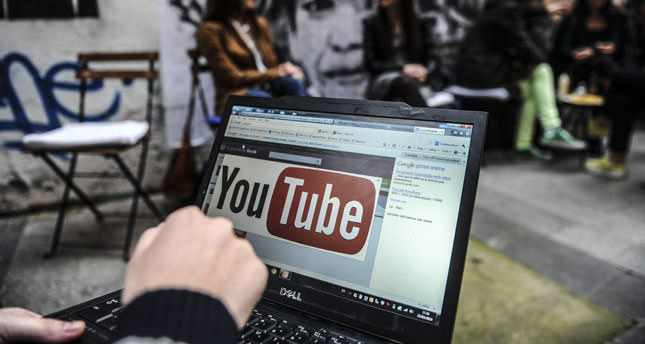 by Daily Sabah May 08, 2014 12:00 am
ANKARA — The Ankara Public Prosecutor is demanding IP numbers from YouTube regarding the wiretapping scandal in March in which certain illegal organizations taped and illegally leaked a top secret meeting in which Foreign Minister Ahmet Davutoğlu and top security officials discussed a possible military operation in Syria, as part of an investigation launched by the Office for Crimes against the Constitutional Order.

It has been determined that the records were uploaded abroad, but the IP numbers are still uncertain.

As the National Intelligence Organization (MİT) has been carrying out an operation to find out who leaked the records, the prosecutor working on the investigation contacted YouTube's Turkey representative Gönenç Gürkaynak to acquire the IP numbers. Gürkaynak stated that she had to contact YouTube headquarters in the U.S. to find the IP numbers, and the prosecutor's office decided to demand the IP numbers via the the Turkish Foreign Ministry.

In March, the unlawful recording of a top-level security meeting held at the Foreign Affairs Ministry between Foreign Minister Davutoğlu, MİT head Hakan Fidan and a number of high profile government officials was uploaded to YouTube by certain illegal organizations, which are allegedly affiliated with the Gülen Movement that infiltrated the police and the judiciary with the intention to topple the government. The meeting was about the protection of the tomb of Suleiman Shah, a Turkish enclave in Syria, and the measures that would be taken in the case it is attacked by Syrian aggressors.