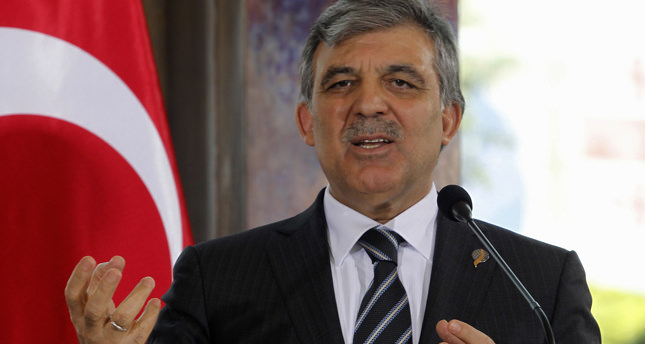 by AA May 09, 2014 12:00 am
ANKARA — In a congratulation message for Europe Day on May 9, Turkey reiterates its hopes for continuation of further European Union integration. Europe Day on Friday is being celebrated by Turkey's politicians who hope for further EU integration but are watching the increase of radical movements in Europe with concern, said Turkish President Abdullah Gul in an official statement on Friday. "We think that the closure of borders and reversing already existing gains of integration are contrary to the course of history and the development of EU project," said the statement.

Turkey has been celebrating Europe day for the last fifteen years, since 1999 when Turkey's candidate status for the European Union was recognised, according to a statement from the Turkish Foreign Ministry. "In such period, Turkey keeps its EU membership perspective and it has full determination to contribute to the solution of European-wide problems," the statement also read. Meanwhile, Prime Minister Recep Tayyip Erdogan emphasized the need of Turkey's integration into the EU. "The most important network of relations which would strengthen the EU and disseminate its principles to larger geographies and societies would only be possible with Turkey's integration into the EU," Erdogan said in an official release on Friday.