Family comes first for Turks, according to new statistics 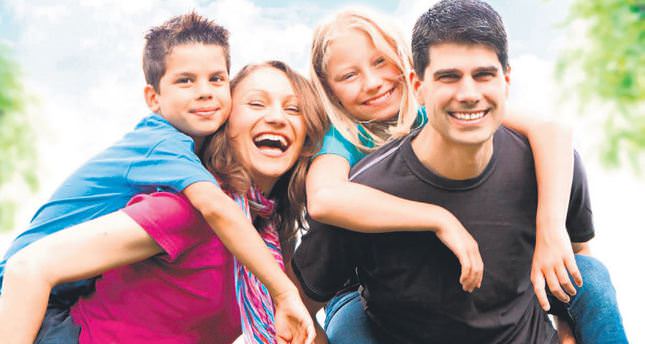 The statistics cover household trends from 2012-2013. Turkstat has been releasing family and household statistics since 2012 on the occasion of National Family Week from May 12 to 18.

According to the data households spent the most on accommodation i.e. rents at 25.8 percent. This was followed by food and alcoholic and non-alcoholic beverages, cigarette and tobacco at 23.8 percent and 21.1 percent at transportation and telecommunications. The area where the families spent least was health services at 1.8 percent. Households spent 2.3 percent for education and 3.2 percent for entertainment and cultural activities according to the statistics.

Extended families with three generations of a family living together comprised 13.5 percent of households.

The statistics also showed that there are 2,973 foster families in the country and the highest number of foster families are in İzmir, a western city, with 299. Istanbul, Ankara, Kayseri in central Turkey and Bursa in the northwest follow İzmir. "A proper family life" dominates people's view of a reputable place in the society, according to Turkstat's survey and this was followed by "living in line with moral values." Nine-and-a-half percent of the participants in the survey placed money first as a way to gain a reputation in society.