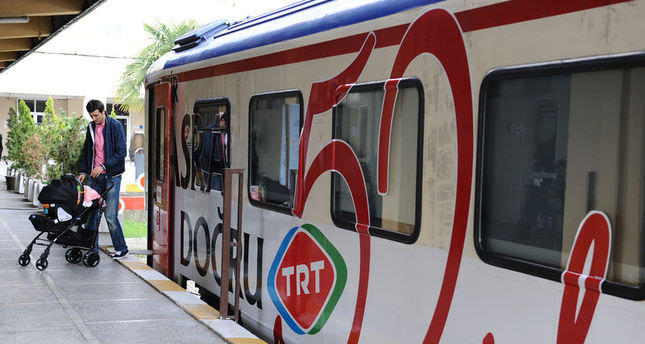 by Mehmet Ali Berber May 10, 2014 12:00 am
ANKARA — Turkish Prime Minister Recep Tayyip Erdoğan yesterday assigned an Inspection Board to investigate the alleged wrongdoings of state broadcaster Turkish Radio and Television Corporation (TRT). The probe will focus on contracts awarded to private companies and whether funds have been funneled to Gülenists. Erdoğan advised the Ministry of Finance to examine money transfers regarding the production of TV shows and programs contracted from private companies and SBT, a company hired for ratings measurement. Complaints claim the "parallel state," a name attributed to the controversial Gülen Movement's infiltrators into state agencies, took over the TRT.SBT, a private company contracted by TRT for measuring ratings, has been paid TL 10 million since 2009.

The investigation will be looking into the payments to decypher whether the payment is higher than previous expenditures. Primary complaints conveyed to the Inspection Board about the TRT include officials awarding contracts for programming and other related work to private companies affiliated with the Gülen Movement, thus funneling TRT funds to Gülenists. Complaints also include that the movement placed its supporters in human resources and departments hiring the staff for
TRT, enabling easy infiltration.