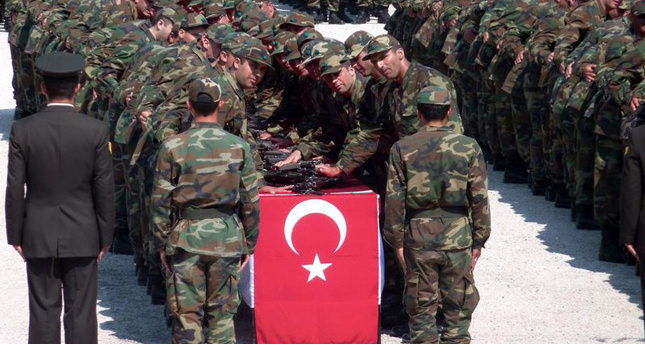 Paid military service, a much-debated issue in a country where conscription is regarded as a patriotic duty, has continued to dominate the agenda since Turkey shortened compulsory service from 15 months to 12 months in January this year.

Authorities long ruled out plans for paid military service, which was last implemented in 2011; but Numan Kurtulmuş, deputy chairman of the ruling Justice and Development Party (AK Party), recently stated that the government might consider implementing paid military service "one last time."

Activists joining the social media campaigns say 12 months of military service would affect their businesses, as they would not be able to work for one year.