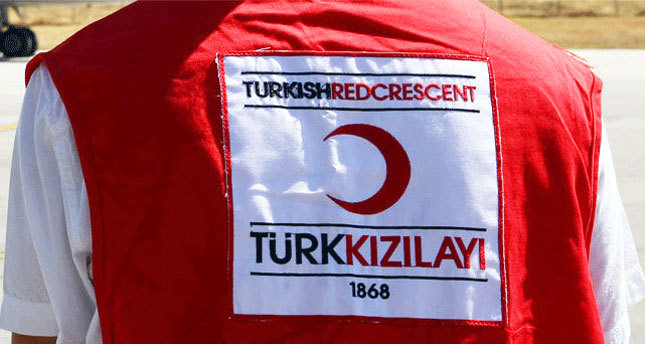 by May 12, 2014 12:00 am
ANKARA — The Turkish Red Crescent cannot remain unresponsive to a humanitarian crisis that has left half the Central African Republic's (CAR) population of 4.6 million vulnerable, director general of the organization said.

Mehmet Güllüoğlu said the tragedy is escalating in the region, where it is difficult to deliver humanitarian aid due to geographical conditions and logistics. He said the Turkish Red Crescent has initiated efforts to deliver aid to the country. "We do not want the CAR to turn into Rwanda," said Director General Güllüoğlu, referring to the approximately 800,000 people who were killed in Rwanda during its 1994 civil war in which the international community was late to intervene.

Between April and July 1994, Rwanda's Hutu extremists conducted an organized campaign aimed at wiping out the Tutsi minority.
Güllüoğlu also asked international organizations such as the United Nations and the EU not to remain unresponsive to serious violence in conflict-torn CAR, urging them to provide assistance in delivering aid.

The Turkish Red Crescent also carries out humanitarian efforts for those refugees seeking shelter in neighboring Chad, Cameroon, Congo and Sudan, he added.

Turkey's Disaster and Emergency Management Presidency (AFAD), Turkey's Humanitarian Relief Agency (IHH) and some other nongovernmental organizations are working under the umbrella of the Humanitarian Relief Platform to deliver aid to people in the CAR.

Since last December, thousands of mostly Muslim people have been killed in sectarian clashes throughout the country.
The landlocked, mineral-rich country descended into anarchy one year ago when Seleka rebels - said to be mostly Muslim - ousted
Christian President Francois Bozize who had come to power in a 2003 coup.

According to the UNHCR refugee agency, more than 173,000 people have been internally displaced by the violence,
while another 37,000 have fled the county.