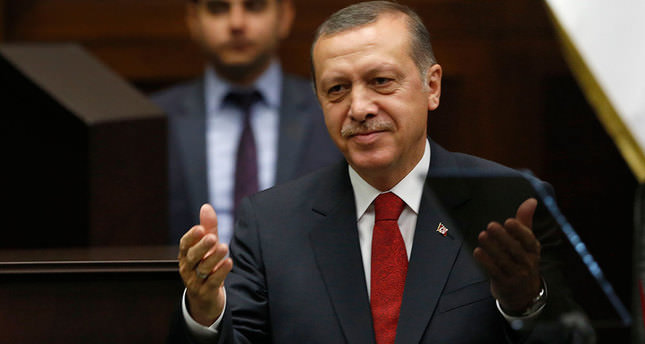 by AA May 13, 2014 12:00 am
ANKARA, Turkey — Turkish Prime Minister Recep Tayyip Erdoğan challenged a report critical of press freedom in Turkey on Tuesday, claiming it used incorrect figures about the number of imprisoned journalists.

Erdoğan claimed the report said more than 40 journalists had been imprisoned, but that there are actually 18 journalists behind bars in Turkey.

Speaking at the governing Justice and Development (AK) Party's parliamentary group meeting Tuesday, Erdoğan said: "The report by U.S.-based advocacy organization Freedom House, claiming Turkey suffered a 'significant decline' in press freedom is nothing but a comedy which is not an objective report."

"There are only 18 imprisoned journalists while five of them hold press cards and all of them are convicted of different criminal offenses not because they are journalists," he said.