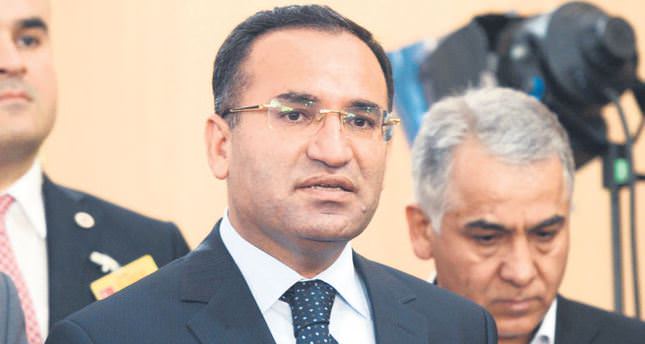 Turkish Minister of Justice Bekir Bozdağ revealed the content of a draft bill that was put before the Parliament yesterday. The bill brings heavier sentences for sexual harassment and abuse, particularly crimes targeting children, by at least doubling the lower limit for those sentences

The bill brings amendments to the penal code regarding sex crimes, giving "a balanced approach" to sentences for petty sexual harassment crimes and more serious crimes such as rape, and gradually increasing sentences for crimes of both types.

Under the bill, the requirement for an examination of a victim's body and mental health for determining the sentence is lifted to prevent further harm, especially to young victims' psychology. The bill, sentences for verbal and sexual harassment of children are increased to a minimum of six months from the previous three months.

Sentences for the rape of minors rose to at least 20 years from the previous 16 years, and 20 years from 12 years for adults. "Factors facilitating the committing of crime" such as the close relationship to the victim through custody, public duty (in reference to teaching jobs) and blood ties, as well as the committing of a crime in cohabited places such as dormitories, will lead to harsher sentences.

The bill also increases sentences for sexual intercourse with children above the age of 15 without use of force to up to five years from two years. Sentences for incestuous intercourse which had the lowest limit of between six months and two years rose to between two and five years. This was also the first time that incest was defined in Turkish law.

Convicts involved in sex crimes targeting children may be subject to "medical treatment," will be restricted from approaching places where the victim is located and will be banned from working in jobs involving children such as schools. The bill also regulates probation conditions for offenders involved in sexual assault.

The term that the convicts have to serve to be eligible for probation is raised to three quarters of their sentence from the previous two thirds time period. Convicts implicated in crimes targeting children will serve 39 years before eligibility if they are sentenced to life in solitary confinement and those sentenced to life will have to serve 33 years before eligibility for probation. Previously, the eligibility period was 30 and 24 years, respectively.

The bill is expected to be passed by the Parliament where the ruling Justice and Development Party (AK Party) has a majority. Prime Minister Recep Tayyip Erdoğan recently called for imposing life sentences in solitary confinement for those convicted of child sex abuse.
Minister of Family and Social Policies Ayşenur İslam said last week that although the bill would be a major deterrent, they had to do more to prevent crimes targeting children and urged parents to be vigilant against perpetrators.

Amid public outrage over the rape and murder of a nine-year-old boy in eastern Turkey last month, calls for reinstatement of the death penalty for child sex offenders has escalated. Days after the boy's murder, a sixyear- old girl was found murdered, adding to the woes of families and critics complaining of low sentences for people who commit crimes against children. Public anger gave way to calls for introducing castration for sex offenders but the government ruled out the option.
RELATED TOPICS