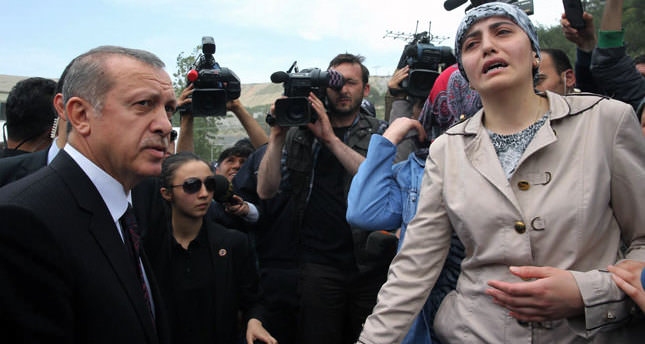 by Daily Sabah May 13, 2014 12:00 am
ISTANBUL — After a fire in a coal mine in Turkey's western province of Manisa killed hundreds of miners on Tuesday and left more than 200 workers trapped. Prime Minister of Turkey Erdoğan declared three days of mourning for the hundreds of victims of Tuesday's coal mine fire.

Erdoğan arrived in Soma to talk with officials in order to get more details on rescue efforts. During the press conference in the Municipality of Soma, he confirmed the death toll had been raised to over 200 and he conveyed his condolences to the victim's families.

Erdoğan wished patience to all the families involved in the Soma coal mine accident. "No negligence in rescue operations will be tolerated and no one will be permitted to exploit the situation," he added.

Erdoğan warned that the figures provided by the government officials must be trusted only and not the figures from "opportunists".

Administrative and legal investigations into the accident have been started by local government officials, added Erdoğan.