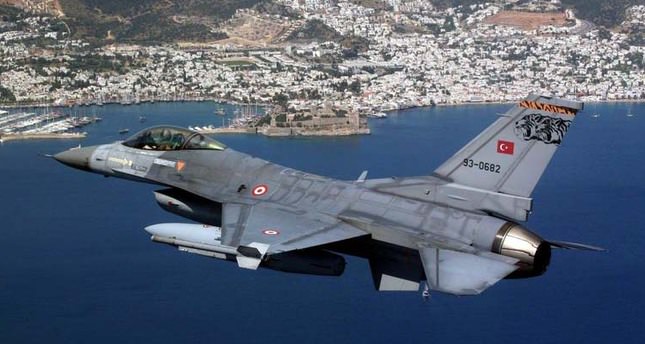 by AA May 13, 2014 12:00 am
ANKARA — Several Turkish F-16 fighter jets on daily patrols were "locked onto" by Syrian regime radars for more than 15 minutes in the latest incident of "harassment," the Turkish military has said.

The incident happened as the Turkish jets were patrolling near Turkey's southeastern Hatay city near the Syrian border, on Tuesday, the Turkish military said in a statement, without disclosing the number of jets involved.

The action by Syrian forces to activate the SA-5 and SA-17 surface-to-air systems disrupted the flights of the aircraft, officials said.A similar incident happened in early May when Turkish Armed Forces reported that six of their F-16 fighter jets had been "harassed" after being locked onto by Syrian regime radars for more than two minutes.

Tensions in the area have remained high since Turkish forces shot down a Syrian warplane after it entered Turkish airspace on March 23.