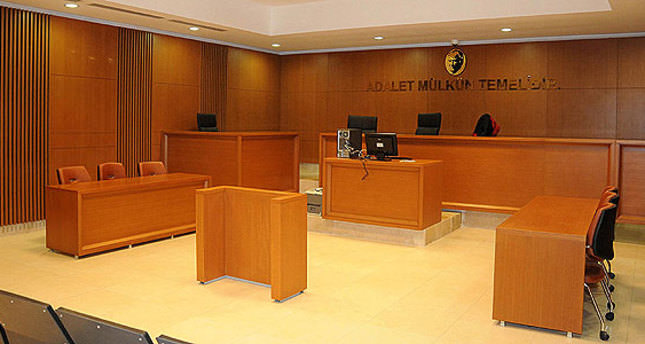 by Daily Sabah May 13, 2014 12:00 am
ISTANBUL — The second hearing of the trial on the murder of Ali İsmail Korkmaz, a university student who was beaten to death in the western Turkish city of İzmir during last year's Gezi Park protests, commenced yesterday in the central Turkish province of Kayseri.

Amid tight security measures, activists and relatives of Korkmaz attended the hearing in which eight suspects, including four policemen, stood trial on the charges of murder.

The victim's mother Emel Korkmaz arrived in the courthouse carrying a picture of Korkmaz. "I wonder what (defendants) told their children when they asked why they are in prison. Did they tell their children they were imprisoned because they slaughtered a 19-year-old boy?" she told reporters outside the courthouse.

The trial was transferred to Kayseri from Eskişehir amid security concerns. Riot police were deployed around the courthouse against anticipated protests while streets leading to the courthouse were closed to traffic to prevent riots.

Some demonstrators protesting the murder attempted to skip the checkpoint set up by police outside the courthouse and engaged in a minor scuffle with police stopping them.

Activists told police they have already been searched three times before arriving at the courthouse. The police later removed the checkpoint. Demonstrators observed a minute of silence in memory of Korkmaz and other people who died in the Gezi Park protests.
Lawmakers from the opposition Republican People's Party (CHP) also attended the hearing.

As the hearing started, a lawyer for one of the defendants announced he withdrew from the trial. The trial then resumed with the judges hearing testimonies of witnesses to the murder.

Semih Berkan Yapıcı, one of the witnesses, identified policemen and civilians, who were employees of a bakery on the street, as assailants. He told the court that the victim was running when the police officers and others captured him and started beating the young man.

Korkmaz, beaten with baseball bats and truncheons allegedly by plainclothes policemen and civilians on June 2, 2013, died of brain haemorrhage after 38 days in a coma. If convicted, the defendants accused of premeditated murder by the prosecutor, may face at least 10 years in prison. Four policemen standing trial rejected involvement in the fatal beating in the first hearing held in March but an expert report leaked to the media claimed the suspects, based on cellphone signals, may have been in the same area where Korkmaz was beaten. On the same street where the incident took place, another protester was beaten, allegedly by policemen and civilians angered at protesters. Turkish media reported one of the policeman registered as a witness in the Korkmaz trial was involved in the non-fatal beating of the other protester.
RELATED TOPICS