Coal mine collapses in Zonguldak, one dead 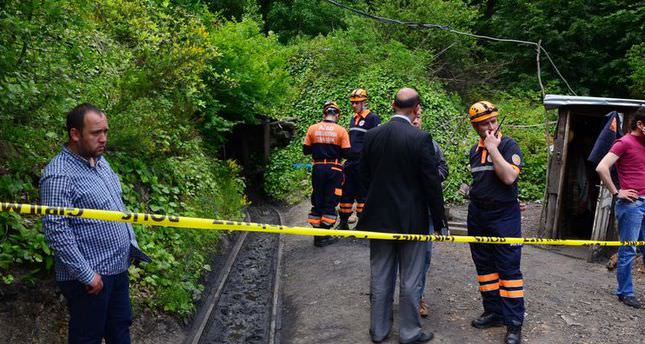 by Anadolu Agency May 14, 2014 12:00 am
ZONGULDAK — An unlicensed coal mine collapsed near Zonguldak's Kilimli district, leaving at least one worker dead inside.

A rescue operation is underway to save the worker, identified as Mehmet Aygün.

This latest accident follows closely after Tuesday's deadly coal mine fire in western Turkey which claimed at least 245 lives.

The cause of the collapse has yet to be determined.