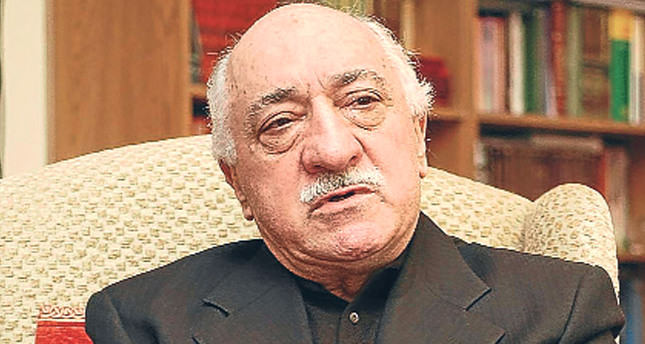 by AA May 14, 2014 12:00 am
TEKIRDAG — Mehmet Demir, a prosecutor in the northwestern Turkish city of Edirne, claimed that loyalists of the controversial Gülen Movement holds a majority in the Supreme Council of Judges and Prosecutors (HSYK), which oversees the appointment and administration of judges and prosecutors.

Demir, a prosecutor in Istanbul, was reassigned to Edirne earlier this month after it was revealed that he invited Kemal Kılıçdaroğlu, leader of the main opposition Republican People's Party (CHP), to testify as a suspect in an investigation into Kılıçdaroğlu's remarks criticizing Bilal Erdoğan, the son of Prime Minister Recep Tayyip Erdoğan. Demir claims that Kılıçdaroğlu's name was mistakenly included in the suspect section of the case but he was reassigned anyway until the conclusion of an internal inquiry into the case.

Speaking at a conference on the HSYK and Constitutional Court in the northwestern Turkish city of Tekirdağ, Demir criticized the composition of the board and "attempts to overthrow the government" through the notorious Dec. 17 probe.

He stated that police officers and prosecutors who conducted the Dec. 17 operation did not inform senior authorities of the operation, adding, "They could have not leaked any evidence regarding the investigation obviously if they wanted to, but you saw all evidence, documents, wiretapping records and surveillance footage in the media outlets on Dec. 18. It was obvious that they tried to overthrow the government."

Demir continued, "They conducted surveillance of suspects for two years and did not inform anyone about this. Even the National Intelligence Organization [Mİ] was not aware of the operation until Dec. 17."

Speaking on the HSYK, Demir noted that an amendment to the constitution allowed the election instead of appointment of 10 members of the 21-member board by judges and prosecutors. He said people from the "parallel state" - a name used to describe the Gülen Movement's infiltrators into state institutions - presented a list that was "incorrectly branded as the list of people the Ministry of Justice wanted" to vote. "The movement's imams created this list," he said, referring to point men of the movement who carry out instructions of Fethullah Gülen, its leader. "Thirteen current members of the HSYK are people loyal to the parallel state," Demir claimed.

Reiterating his previous remarks regarding the Dec. 17 and Dec. 25 operations, Demir said the operations were certainly coup attempts. "Instead of investigating judges and prosecutors involved in the coup attempts, HSYK preferred to oppose the government's regulation to the board [to weed out Gülenist influence," he said. Further criticizing the HSYK, Demir said the board has no accountability and added, "The HSYK conducted its own investigations into the wrongdoings of judges and prosecutors and does not respond to any authority." He claimed that after taking over the HSYK, Gülenists appointed their followers to specially-authorized courts and this "encouraged them to continue with the coup attempts through the Dec. 17 and 25 operations." He said that Gülenists are not controlling the entire judiciary but have managed to take over key posts.
RELATED TOPICS