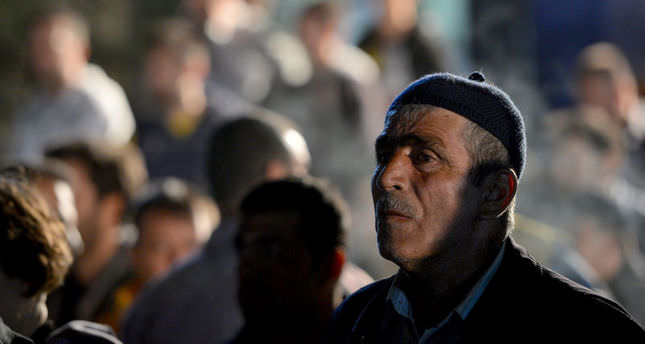 by AA May 15, 2014 12:00 am
MANISA — The death toll from Tuesday's coal mine disaster in western Turkey has reached 282, energy minister Taner Yıldız confirmed Thursday morning.

"217 dead miners' bodies have been given to their families," Yildiz told the press at the scene of the rescue efforts near the mine entrance.

Also, he added that in the last 12 hours no miner has been rescued alive.

Turkey's Health Minister Mehmet Müezzinoğlu said 27 injured miners were receiving medical treatment at nearby hospitals and those who are in good condition will be released from hospital.

The exact cause of the blast has yet to be officially announced but it is suspected that an explosion and fire followed an electrical fault. Yıldız ruled out the possibility of firedamp or a methane gas explosion, saying the deaths were due to carbon monoxide poisoning.

Turkey has declared three days of national mourning, during which flags will fly at half-mast and parliament will be closed for the victims of what is being described as one of the worst mining accidents in the country's history.

Mines and stone quarries appear as some of the most dangerous places for Turkish workers, according to government statistics.

More than 3,000 people have died and more than 100,000 have been injured in mining accidents since 1941 in Turkey, figures from Turkey's statistics agency show.