Fire in Soma coal mine extinguished 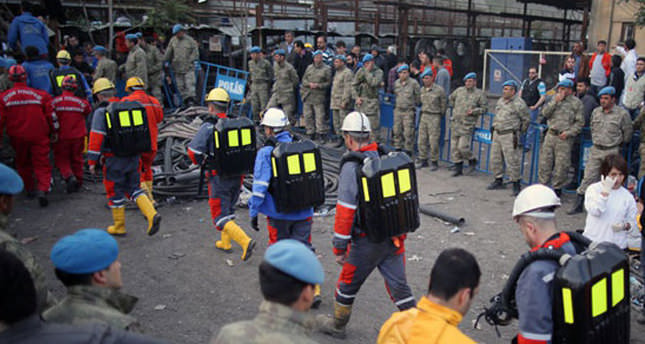 by Daily Sabah May 15, 2014 12:00 am
MANISA — Rescuers have finally entered the coal mine after the fire, that was the cause of the disaster, was put out late Thursday. It has been reported that the carbon monoxide has been cleared from the tunnels and rescuers entered the mine in hopes of saving workers trapped inside. 284 miners died in the tragic accident after carbon monoxide poisoning.

A power transformer exploded igniting a fire in the mine. The exact cause of the blast has yet to be officially announced but it is suspected that an explosion and fire followed an electrical fault. Energy Minister Taner Yildiz ruled out the possibility of a methane gas explosion, saying the deaths were due to carbon monoxide poisoning.

Turkey has declared three days of national mourning, during which flags will fly at half-mast and parliament will be closed for the victims of what is being described as one of the worst mining accidents in the country's history.