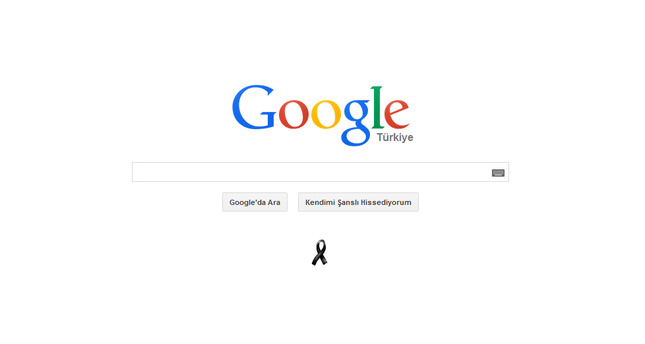 by AA May 15, 2014 12:00 am
ISTANBUL — Popular search engine Google placed a "black ribbon" on its page for victims of the mining disaster that killed hundreds of miners in Turkey's western Soma town of Manisa.

The black ribbon displays the message "condolences to all" when visitors to the Turkish version of the site hover over it.
Google often uses its home page to mark anniversaries, cultural events and historical figures.

Turkey declared three days of national mourning for the victims of the fire, during which flags fly at half-mast and parliament remains closed.
Tuesday's explosion and the subsequent fire at the mine in the district of Soma in Manisa province is believed to have followed an electrical fault.

Turkey's Energy Minister confirmed on Thursday morning that 282 miners were killed in the disaster.