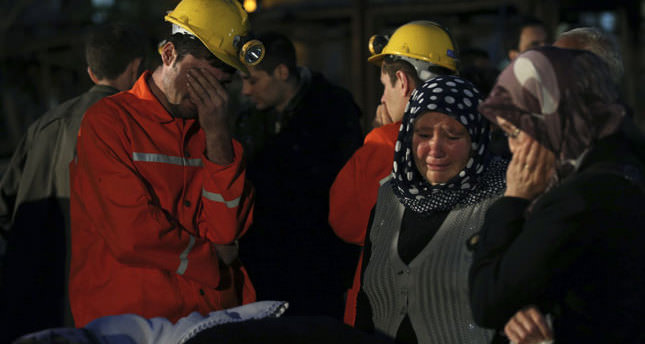 by Burcu Çalık May 15, 2014 12:00 am
MANISA — Kenan Dikbıyık, a mining engineer from the Madenİş union, said "inactive" gas might be the cause of the accident. He said the gas, also known as "dead" or "old" gas is commonly found in coal mines and can be susceptible to leaks.

These gases, when exposed to fire or a change in the atmosphere could lead to an explosion according to Dikbıyık. "The fire in the transformer might have triggered the dead gases and a disaster of this extent might be caused by those gases quickly spreading through different sections of the mine," he said.

Dikbıyık noted that the insufficient insulation of an older area of the mine used in production in the past years may have allowed to gasses to spread. "If the insulation is not adequate, the coal in those areas heats up and emits gases and these gases will lead to fires," he said.
RELATED TOPICS