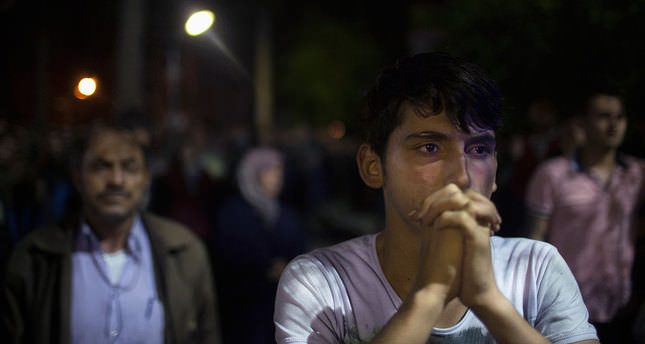 by AA May 15, 2014 12:00 am
ANKARA — World leaders extended condolences to Turkey's President Abdullah Gül over Turkey's worst coal mine disaster that has claimed 282 lives so far .

More than 15 heads of state including the presidents of China, Germany, Azerbaijan, Russia and South Korea reached Gül to offer their sympathies for the families of victims in Soma, according to information received from the presidential palace on Wednesday.

The parliament speaker of the Turkish Republic of Northern Cyprus, Sibel Siber, and the leader of the semi-autonomous Kurdish administration in northern Iraq, Massoud Barzani, also expressed condolences over the disaster.

In Washington, the White House and State Department spokespeople offered their sympathies.

White House spokseman Jay Carney said, "We are ready to assist the Turkish government if necessary, and we will continue to stand together in this time of tragedy."

Meanwhile, UN Secretary-General Ban Ki-moon has extended his condolences over the disaster.

Federation of Turkish American Associations in New York has cancelled some events that were scheduled to be held within the scope of the Turkish Day Parade and Festival, due to begin on Saturday.

Turkey declared three days of national mourning for the victims of the fire, during which flags fly at half-mast and parliament remains closed.

Tuesday's explosion and the subsequent fire at the mine in the district of Soma in Manisa province is believed to have followed an electrical fault.

Turkey's energy ministers confirmed on Wednesday evening that 274 miners (282*) were killed in the disaster.