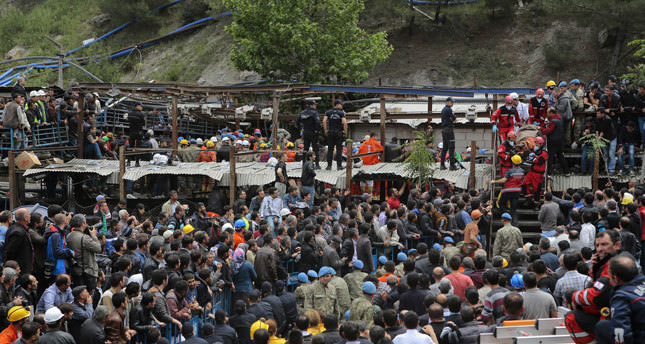 by Ersan Atar
May 15, 2014 12:00 am
MANISA — Bekİr Şahiner, chief prosecutor in Soma, has launched a probe into the mining accident. Şahiner said a team is now looking into evidence to determine who may be responsible for the accident.

All evidence related to the accident in the mine and the company's office in Soma was seized and officials are examining the transformer which caused the accident. The transformer is under police protection against any attempts to tamper with the evidence. Şahiner said the priority was to identify the bodies and carry out autopsies to determine the cause of death before moving on to the second phase of the inquiry.