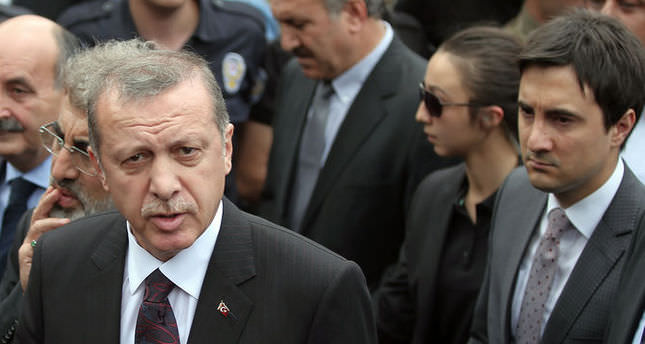 by AA May 16, 2014 12:00 am
ANKARA — An advisor to Turkish Prime Minister Recep Tayyip Erdogan, has apologized after a photograph emerged online Thursday which appeared to show him kicking a protester, claimed to be a relative of a victim in Tuesday's coal mine disaster in Manisa province.

"I am deeply sorry for the incident that occurred Wednesday in Soma," Yusuf Yerkel said in a written statement issued Thursday.

"I apologize for not being able to restrain myself despite all the provocations, insults and attacks I was subjected to," he added.

Yerkel was photographed Wednesday attacking the protester who was already on the ground after being restrained by the police. The protester is claimed to be a relative of one of the dead miners in Tuesday's mine fire disaster which has claimed at least 282 lives.