Stories of a mining tragedy 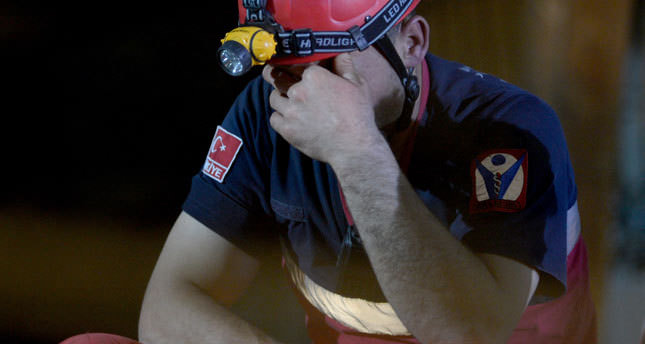 Mining is not a job for the faint hearted. It is a risky task that is often underestimated, posing great danger to those who are brave enough to undertake it

ISTANBUL — Manisa is one of the major cities of the Aegean region between Spil Mountain and Gediz River. It is a magnificent location for tourists and locals alike. Manisa is identified as the "Town of Shahzadahs," which gained its title during the Ottoman era due to its many ancient cities. With a rich history that dates back to ancient times, Manisa is also a center for industry where it harbors numerous production plants. Within Manısa is the district of Soma. The main economic activity in Soma is lignitefired thermal power plants opened during World War I. Soma is also known for its mining.

The 2009 documentary "Mükellef " (Obligated) Elif Ergezen highlights the difficulties faced by miners. One miner named Çağlayan Kılavuz says in the film, "Mining is handed down from father to son in our family. I do not want to have a son. What if he becomes a miner like me or my grandfather?"

The young man's words reveal the tragic life of miners; they are the laborers working hundreds of meters beneath the earth with relatively low wages. A miner's life is virtually all grist to the mill. According to researchers, the percentage of loss of life in mining, one of the most hazardous lines of work, comes second after the construction industry in Turkey.

Mining has various disadvantages, including but not limited to serious lung diseases. The relentless life conditions affect not only the miners who put their lives at risk, but also the women waiting for their husbands, fathers, brothers and sons at the end of the day. The financial burdens and persistent occupational hazards have become an indispensable part of miners' lives. There may be more than one person in a family working at a coal mine.

One of the women crying at the entrance of the coal mine that exploded in Soma, a district in Turkey's western province of Manisa, reminded us that mines can be the bread and butter of entire families. "My nephews were working there. They all died," she screamed.
The number of deaths in the Soma mine tragedy has reached an alarming level and hopes are fading for those miners still trapped inside. The stories coming from miners after the catastrophic explosion help us understand the tough working conditions they endure. Bayram Çakan survived after he was trapped for four hours. "I have to work there. I am paying my credit debt," he said. Another vulnerable miner tried to remove his boots covered with coal so as not to mess coal on the stretcher. His behavior is etched into our minds.
RELATED TOPICS