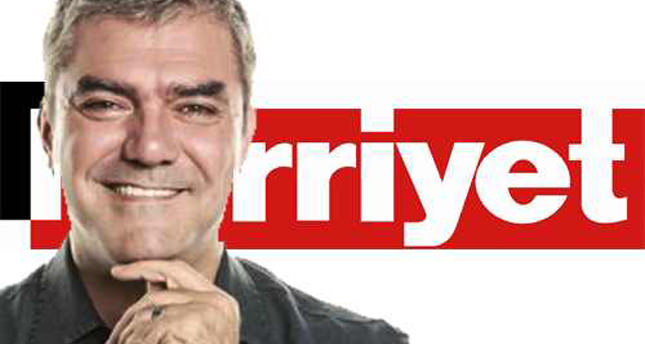 by Nurbanu Kızıl May 17, 2014 12:00 am
ISTANBUL — Yılmaz Özdil a journalist at Hürriyet newspaper has received a significant amount of criticism from numerous individuals, including the minister of energy and the deputy prime minister, for hate speech he recently used in a televised interview about the tragedy that occurred in Soma, killing 301 mineworkers.

"The workers who died in the mining accident are those who were paid and carried to Prime Minister Tayyip Erdoğan's campaign meetings [during the local elections]. The AK Party put money in their pockets so they could cheer for the party. I think the accident was not unusual and I would say it served them right," stated Özdil, who claimed over 300 workers who died in the incident deserved to die because they allegedly supported the AK Party, a clear expression of hate speech directed toward a group supporting a political ideology clearly against the Universal Declaration of Human Rights and numerous sections of the Turkish Penal Code including Article 5237 and 3984, which prohibits the spread of speech inciting hatred and violence towards a race, religion, language, nationality, gender, sect, region and political ideology.

Minister of Energy and Natural Resources Taner Yıldız condemned Özdil for his remarks, criticized him for using such insensitive words toward workers who died in Soma and for turning a blind eye to the suffering of their families as well as the nation. "We cannot tolerate such ruthlessness," said Yıldız, who stated that Özdil has recklessly exploited freedom of the press by attacking the dignity of workers and openly promoting hostility toward them, claiming they deserve to die because they supported a specific political ideology, an expression violating ethics and principles of journalism, local laws as well as the dignity of human life. By explicitly stating that the workers deserved to die because they supported the AK Party, Özdil has targeted a specific group in an effort to dehumanize them and justify their deaths. A look back at his columns during the Gezi Park events shows he put much more value on trees which were allegedly going to be cut than human lives solely because they did not share the same ideologies as him. Deputy Prime Minister Emrullah İşler has also criticized Özdil, saying that his heart is darker than coal and called prosecutors to take legal action and lay hate crime charges against him.

Yesterday, Yazgülü Aldoğan, a journalist at Posta newspaper, also affiliated with the Doğan group, published similar defamatory remarks on Twitter when she stated she was sick of hearing people call the workers martyrs and claimed they were not martyrs as they allegedly "died of a stupid cause" instead of a noble one. Hate crimes throughout the world are a contentious topic as it is challenging to determine where to draw a line between hate speech and freedom of expression.

In this case, both Özdil and Aldoğan have explicitly committed a hate crime as they underestimated the sanctity of human life and attacked a group of people solely because they allegedly supported a specific political ideology.

Surprisingly, this was not the first time Özdil made discriminatory remarks. In 2010, he was chosen as the "most racist journalist" for a headline he wrote at his previous newspaper about the killing of two British fans after a soccer match played between Galatasaray and Leed United.

Here he claimed the British were first stabbed at the stadium when they lost the game, and then for the second time when two fans were stabbed to death by fanatics. He was also harshly criticized for calling the victims of Uludere incident "mules".
Last Update: May 19, 2014 9:52 am
RELATED TOPICS