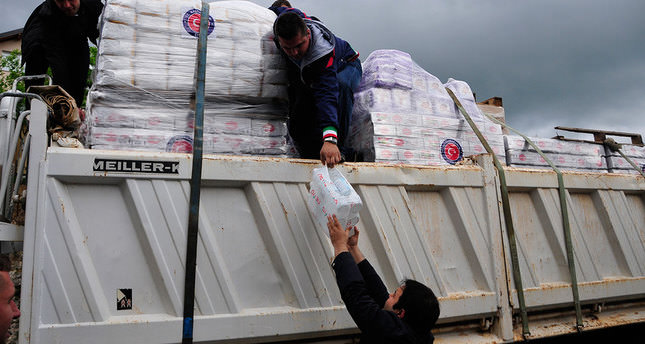 by AA May 17, 2014 12:00 am
SARAJEVO — The Turkish Cooperation and Coordination Agency has sent a second aid convoy to regions of Bosnia and Herzegovina that have been badly affected by floods.

The agency previously sent aid to the town of Maglaj in the Zenica-Doboj canton.

Now aid packs composed of 32,000 cans of tinned food, water, fuel and nappies are heading to the cities Zeljezno Polje, Topcic-Polje and Doboj.

At least 19 people have drowned after heavy rainfall triggered floods in Bosnia-Herzegovina and Serbia, officials said, adding that they expect the death toll to rise.