24 detained after Turkey's Soma mine disaster 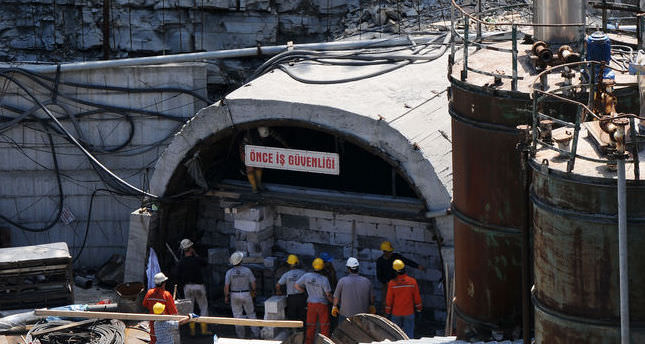 by Daily Sabah May 18, 2014 12:00 am
MANISA — Police detained 24 people, including high level executive officials in Soma Mine Company where 301 mine workers lost their lives.

Detainees later will be transferred to court to hear their statements.

The Prosecutor of Akhisar has launched a probe on the Soma mine company to examine the reason of the accident, casualties and defects of the disaster.

Only labor inspectors, police and mine workers remain at the site, according to a statement from Soma Holding, the company which owns the mine in the western district of Soma.

The cause of the blast is yet unknown. Government officials have promised a thorough investigation. Dozens of prosecutors were assigned on Friday to oversee post-mortem examinations.

Rescue teams have left the Soma coal mine as operations ended late Saturday after the last workers trapped underground were recovered in Turkey's biggest-ever mining disaster.