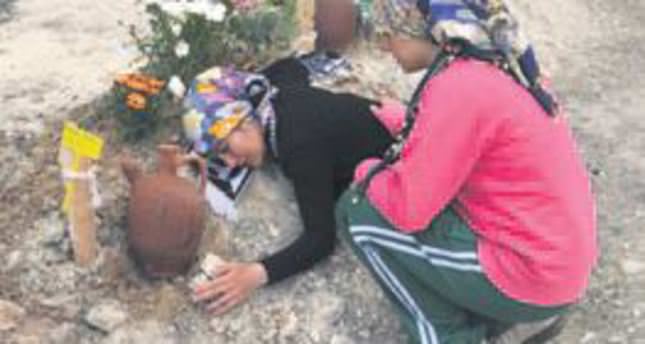 by Daily Sabah May 19, 2014 12:00 am
ISTANBUL — Turkish Prime Minister Recep Tayyip Erdoğan ordered families and relatives of miners who died in the Soma mining accident be granted a special status for state benefits, including preferential hiring in public employment, according to reports in the Turkish media.

Victims of Tuesday's accident will be classified as "civilian martyrs," a term commonly attributed to victims of terror attacks. "Civilian martyr" status was last granted to people killed in twin bombings in the southern Turkish town of Reyhanlı last year.

The government is expected to draft regulations enabling assistance to miners' families by the next week, according to media reports. Under the regulations, families will be allocated a monthly wage and one member of every deceased miner's family will be employed by the public sector if he or she requests to do so.

Erdoğan's order aims to coordinate all aid through a single organization in order to ensure assistance is given out quickly and efficiently.
Following the disaster, the worst mining accident in the country to date, people from across the country rushed to pledge financial assistance to the families of miners. Some businesspeople pledged to cover the education expenses of victims' children while banks offered to write-off unpaid loans of the victims.