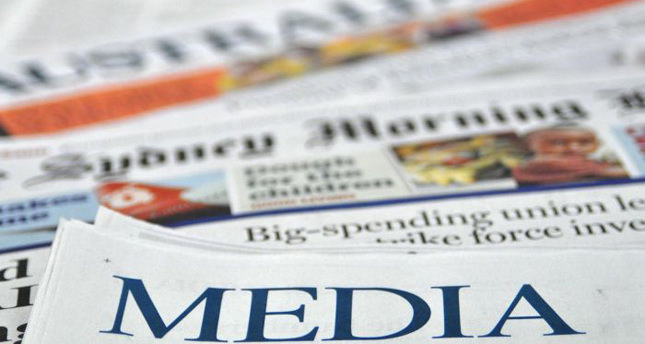 by AA May 20, 2014 12:00 am
ANKARA — The foreign media was served with wrong and manipulated news and totally misguided by their reporters, Turkish Prime Minister Recep Tayyip Erdogan said while speaking at his Justice and Development (AK) Party's parliamentary group meeting Tuesday.

Paying his gratitude to journalists and media organizations who acted with sense of responsibility and commonsense during search and rescue efforts after the Soma coal mine disaster in western Turkey, Erdogan said, "Mourning, sharing pain and being in solidarity, are the qualities of a good nation."

"Turkey will overcome its hard times and march toward a better future with high hopes," Erdogan said.

Referring to the 13 May coal mine tragedy in the town of Soma - the deadliest mining disaster in Turkey's history - in which 301 miners lost their lives, Erdogan thanked Pakistan especially for declaring a day of mourning and other countries for sharing the nation's pain.

The horrific disaster sparked a wave of grief across Turkey, where nationals continue to mourn the dead.

The cause of the explosion and fire which followed has yet to be determined. The death toll surpassed that of a firedamp explosion which killed 263 miners in Zonguldak in 1992.