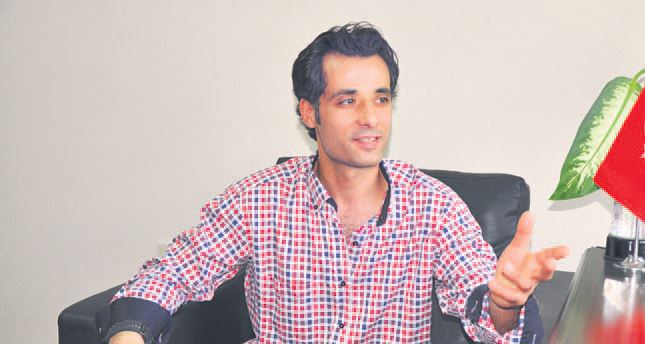 by Daily Sabah May 20, 2014 12:00 am
ISTANBUL — Last week Taner Kurucan told Turkish media outlets Hürriyet and Kanal D that Prime Minister Recep Tayyip Erdoğan had struck him in an altercation that occurred during the prime minister's visit to Soma where a mining accident killed 301 miners last week. Now, Kurucan is stating that Prime Minister Erdoğan acted to protect him and not to harm him.

While visiting Soma, Erdoğan and his security detail were confronted by protestors including Kurucan, and an altercation in front of a local market between Kurucan, Erdoğan and the security staff led to claims that Erdoğan had struck Kurucan, claims which Kurucan initially confirmed.

He went on to state that after the incident he was initially not willing to speak to the press and not sure what actually happened, but confirmed the initial claims after a correspondent from one of the outlets took him for a meal outside Soma and coaxed him into making the claims.

He insisted that he later contacted the outlets that aired the assault claims, asking them to remove the story but he is yet to receive a response.
RELATED TOPICS