Survivor of Soma mine disaster tells his story 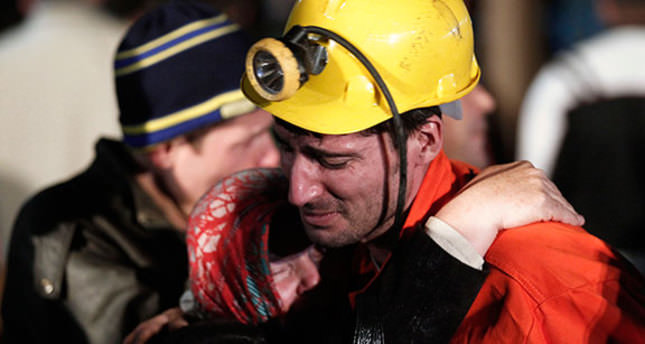 by AA May 20, 2014 12:00 am
BALIKESIR — Ercan Cicekli is not about to forget witnessing the death of his friends on that tragic Tuesday when the mine he worked in turned into a horrifying death pit. Ercan was one of the 787 miners working in the Soma mine when a blast occurred thus causing a fire.

"Smoke permeated everywhere for the first 20 minutes after the initial explosion, he told AA. We were trapped some two and a half kilometers away from the entrance."

141 miners were working in that mineshaft alongside him. But there weren't 141 gasmasks available.

"They said the masks lasted for 45 minutes, but they did not even make it for half an hour," remembers Ercan, one of the lucky few to get his hands on one.

"Smoke was everywhere, he recalls. We managed to flee into an unaffected spot. This safe haven protected us for an hour and a half, before the smoke caught us again. We fainted."

He, along with a few of his friends, regained consciousness after fresh air began to be pumped into the pit from outside.

"I had a splitting headache and my legs were numb. One of my friends was shaking violently. I took him and four other friends into the fresh air. After that, rescue teams arrived."

Ercan said dozens of his friends could have been saved, had there been no shortage of gasmasks.

"39 of my friends survived, 100 perished, he says. Those who were desperately pushing people forward were dying. We were so dizzy, we couldn't see ahead of us. We reached the outside by walking over corpses."