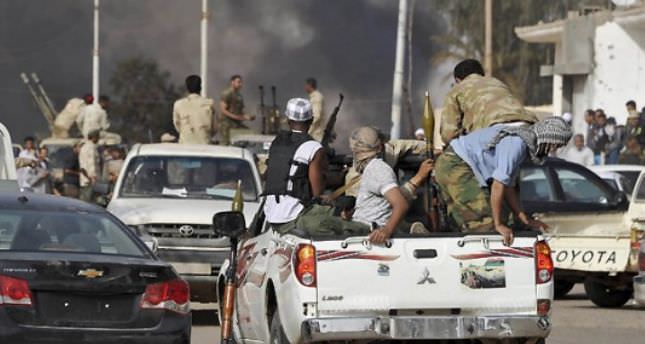 by AA May 20, 2014 12:00 am
ANKARA — Turkey has expressed worry over the latest clashes in Libya between renegade forces and militia groups close to the government, in Benghazi, that have claimed 75 lives since Friday.

"We hope the hard-fought revolution in brother Libya will be protected and completed with nation-wide dialogue and consensus," said a statement that was issued by Turkey's Foreign Ministry on Tuesday.

The ministry also called on all parties to act in "common sense" and "restraint."

Forces loyal to renegade Libyan army general Khalifa Haftar have taken up arms against militia groups that now serve as part of Libya's regular army in the eastern city of Benghazi.

The fighting, which flared up on Friday, has left 75 people dead and 141 injured.