Coal mine bosses sent to jail as mining resumes in Soma 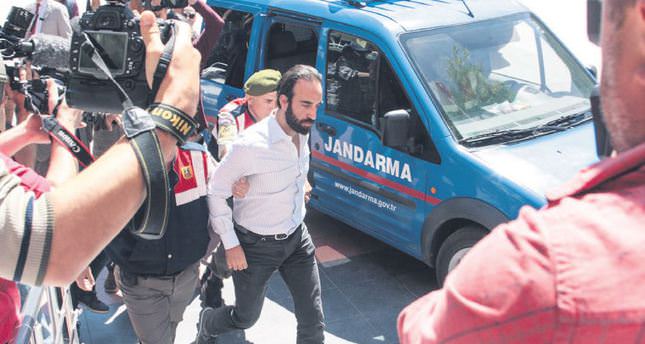 Acting Chairman of Soma Holding Can Gürkan, together with some of his senior executives, have been sent to jail pending an investigation into the disaster

MANISA — If convicted, they may face prison terms of up to 25 years. Can Gürkan is the son of Alp Gürkan, CEO and owner of Soma Holding. Alp Gürkan held a press conference with Akın Çelik and Ramazan Doğru following the mining accident in which the three men denied any negligence on their part.

Can Gürkan was rearrested after Ramazan Doğru told prosecutors that documents which assign all authority and responsibility to him for the mine's operation and safety were forged. Gürkan denied the allegation. It was reported that the two suspects argued in the halls of the courthouse in Soma as they were being escorted to the prison where they will be held until the trial.

Based on the suspects' statements and initial reports by experts appointed by authorities to investigate the accident, mining operations continued despite rising carbon monoxide emissions over the past two years.

According to Turkish media outlets, Halil Sarı, a shift supervisor questioned by prosecutors, said coal production was halted in a gallery where carbon monoxide was concentrated but production was resumed six months later without any precautions taken.

An explosion in a faulty power distribution unit was initially blamed for the fire but prosecutors announced later that the first expert report found the fire could have been triggered by coal heating up after making contact with the air.

Speaking to the Turkish media, fire department officials said the fire in the mine was reported more than one hour after it broke out. They said mining officials believed they could extinguish the fire themselves but it got out of control.

Allegations of negligence over safety led to a debate over safety in mines across Turkey. Critics claim most mining companies employ miners after only a couple of days of training, unlike the training programs in past years which used to last for at least one month. The brief training is particularly common in mines in Soma and some miners claim safety drills were not held in mines, and instead officials showed them videos of previous drills to teach them how to act in cases of emergency. Miners then signed documents approving that they had undergone training and thus mining companies can earn the approval of inspectors examining the safety standards applied in the mine.

Speaking to the Turkish media, miners and mining engineers claimed companies prefer slide shows and videos to train the miners so as not to interrupt production.

The tragedy also revealed a huge gap between the salaries of miners working at private-run mines and state-run mines. For instance, workers in several mines in Soma are paid up to TL 1,300, while the salary of a miner working at a state-run mine in the northern Turkish city of Zonguldak is up to TL 3,500 with extra day offs.

Despite low salaries, people from impoverished families turn to mining. Coal mines in Soma resumed operations late Sunday, less than a week after the accident. The government earlier assured that workers in other mines will not be forced to go back to work and their salaries will be paid even if they do not work.

Days after a fire killed 301 miners in a coal mine in the western Turkish town of Soma, Can Gürkan, acting chairman of Soma mining company which operates the mine, was arrested late Monday. Gürkan and the mine's general manager, Ramazan Doğru, blamed one another during the prosecutor's questioning for the lack of safety in the mine. The number of arrested suspects has risen to eight. A total of 25 people were detained over the weekend in connection with the mining accident but most suspects were released on probation.