Prime Ministry outlines efforts in the aftermath of Soma disaster 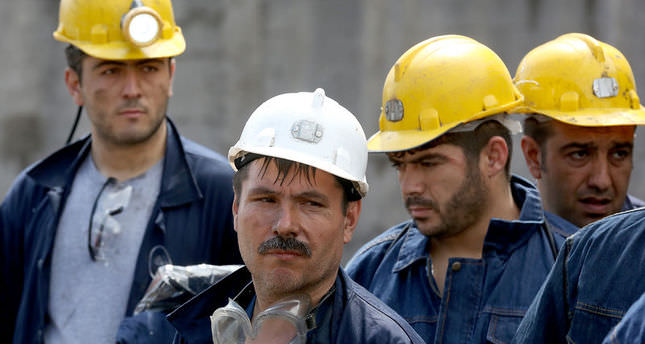 by Daily Sabah May 21, 2014 12:00 am
ISTANBUL — The Office of Public Diplomacy of the Prime Ministry has released a statement regarding the government's efforts in the wake of last week's fire in a coal mine in the town of Soma. The statement said all means were mobilized after the accident.

"A crisis desk and a coordination team established under the command of Energy and Natural Resources Minister Taner Yıldız responded to the crisis immediately on the day of the accident. All state organizations and every means available were mobilized. Delegations including officials from the Disaster and Emergency Management (AFAD), the Ministry of Health and the Interior Ministry took part in the coordination team. Minister Yıldız and the team coordinated the search and rescue efforts," the statement read.

The statement also cited the number of miners who were in the mine at the time of the accident, a figure that raised controversy over the death toll. "There were 787 workers in the mine at the time the disaster struck," it read, confirming the figure for the first time. Yıldız uttered this number on the second day of the accident but later retracted it following speculation over the death toll. The office's statement said 301 people died, while 486 people were rescued.

According to the statement, the first responders to the mining accident were a team from the state-run AFAD. There were reports that the fire department and paramedics were late to arrive at the scene, and local officials have said the mining company was late in notifying the fire department. "Under the coordination of AFAD, a team of 19 search and rescue experts from Turkish Hard Coal Enterprises (TTK) flew from Zonguldak (in northern Turkey) to Balıkesir (a city near Soma) by a Turkish General Staff plane in 45 minutes and from there to Soma by two helicopters, with their equipment," the statement said.

The statement noted that along with AFAD and TTK teams, rescue teams from nearby cities worked at the site, while psychiatrists and other experts were dispatched to the site to help counsel the families of victims.

According to the statement, families of 100 victims who were enrolled in social security programs will be included in a "survivor income scheme," and they will be paid approximately TL 1,400 monthly. 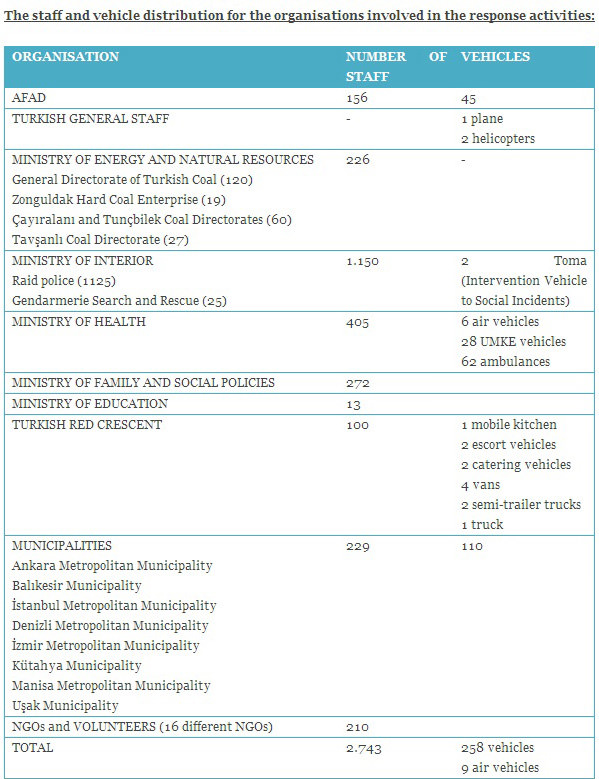