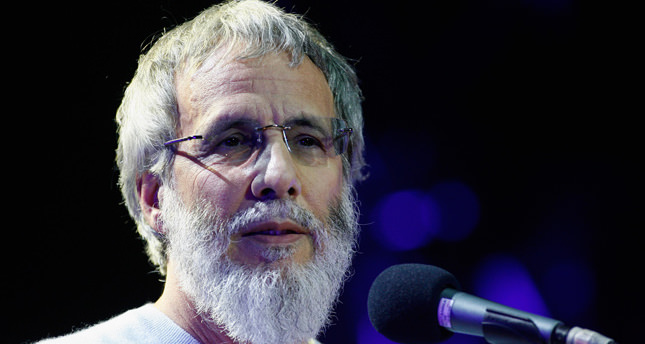 "We are deeply saddened by the terrifying mining accident that occurred in Turkey and feel sorry for all those miners that lost their lives and their loved ones left behind. They will pass through dark tunnels and reach God's mercy and the Garden of Eden," read the letter.

Islam immediately rose to fame with back-to-back releases of his albums and singles in the '70s and built himself a fan base stretching on both sides of the Atlantic. After a life threatening experience in 1976, he converted to Islam the following year. "The Quran was talking to me in terms of humanity. I'd never heard that before," he told CNN in 2004.

In 1978 Islam shocked fans and the industry by announcing that he was retiring from music. He didn't stay away completely as Islam released spiritual spoken-word albums and a capella albums in the early 2000s.

His latest project is with the Islamic Museum of Australia in Melbourne where a recording of the adhan (the Islamic call to prayer) and recitations from Quran can be heard in the museum's galleries.